Prime Minister Jose Luis Rodriguez Zapatero said that "This individual draws a perfectly understandable sensation of contempt from the Prime Minister, as from all citizens." 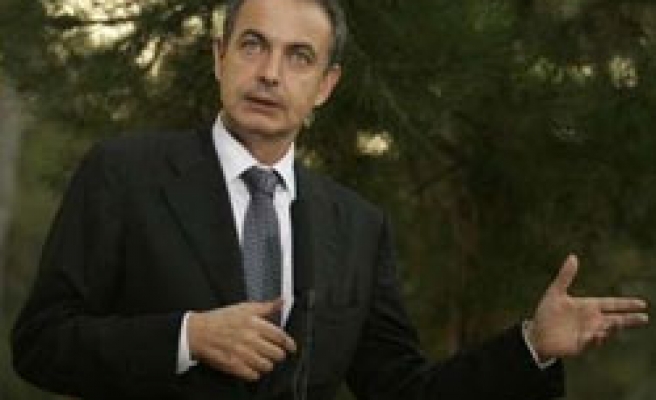 One of ETA's most notorious prisoners left a Spanish jail on Saturday after serving 21 years for offences including the killing of 25 people, prompting plans by victims' groups to hold countrywide protests.

Inaki de Juana of the Basque separatist group had been originally sentenced to 3,000 years for a wave of bombings and shootings in Madrid in the mid-1980s.

Spain's government has voiced its concern and said it expected de Juana to abide by the law.

"This individual draws a perfectly understandable sensation of contempt from the Prime Minister, as from all citizens," Prime Minister Jose Luis Rodriguez Zapatero said.

Zapatero's government broke off attempted peace talks with ETA after blaming it for the December 2006 bombing of Madrid airport, in which two people died.

De Juana was first due to be freed in 2005 as the maximum prison sentence then applicable in Spain was 20 years. This has since been extended to 40 years for terrorist offences.

He was given a further sentence for threatening behaviour.

One victims' group has said it would gather at the site of a 1986 car bombing in a Madrid, organised by de Juana, which killed 12 policemen and wounded another 70 people.

Much media attention has focused on the fact that de Juana is due to move in with his wife in a block of flats where the widow of an ETA victim also lives.

Interior Minister Alfredo Rubalcaba said the Spanish constitution had no powers to limit where people may reside.

ETA has killed more than 800 in four decades of an armed struggle for independence in ancient Basque territories straddling the border between Spain and France.