A slowing economy has halted Spain's construction boom and building sites are laying off workers, including many from Latin America, North Africa and Eastern Europe. 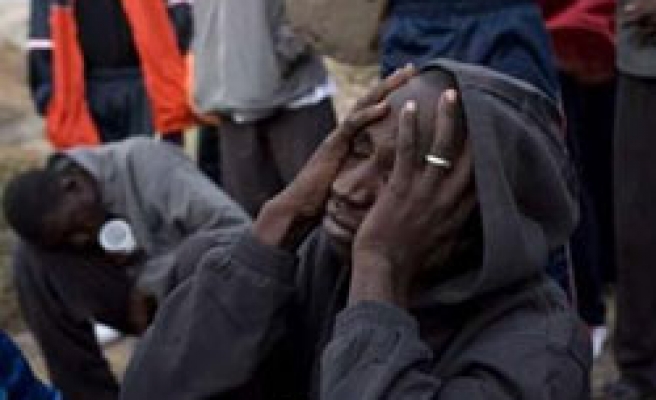 A slowing economy has halted Spain's construction boom and building sites are laying off workers, including many from Latin America, North Africa and Eastern Europe.

Corbacho said workers who agree to return will be entitled to receive accumulated unemployment benefits in two lump sums, provided they take their families with them and commit not to return to Spain for at least three years.

Corbacho estimated the incentives to be offered as of next month would affect 1 million workers and their families.

Immigrants account for about 10 percent of Spain's population, up from nominal levels in the early 1990s. In previous decades, many Spaniards left the country for northern Europe in search of work.

Corbacho said the government would also tighten up rules allowing immigrant workers to bring relatives to Spain. Parents will no longer be eligible, in an amendment to existing legislation slated for later this year.

"There is a family nucleus which cannot be refuted: a couple and children under 18. The rest is arguable," he said.

"Families can be very big ... in relation to services the welfare state can offer."

The newspaper estimated Spain had issued more than 250,000 visas on family grounds since January 2005.

Spanish state radio meanwhile reported that police had rescued 24 Algerians who had made their way by sea on rafts to the southeast coast, the latest in a flow of people from Africa seeking a better life in Europe.

The conservative opposition Popular Party made a call for lower immigration one of the main planks of its unsuccessful campaign for the national election in March.