Spain's Jose Luis Rodriguez Zapatero failed to secure enough parliament votes Wednesday to be confirmed as prime minister for a second term and now faces a second ballot where his election is assured. 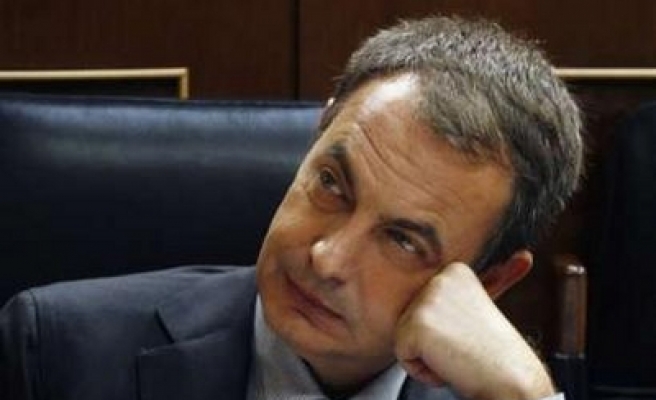 As expected, the incumbent prime minister fell short of the absolute majority required for a first round confirmation, and will now have to wait for a second poll of lawmakers on Friday when a simple majority will suffice.

Zapatero's Socialists won 169 seats in a March 9 general election, five seats more than in 2004 but still seven short of a majority in parliament.

The main opposition conservative Popular Party (PP) which captured 154 seats voted against Zapatero while smaller Catalan and Basque nationalist parties whose support could have given him victory abstained.

A total of 168 lawmakers voted in favour of Zapatero, 158 voted against him and 23 abstained. One Socialist lawmakers was not in parliament and was therefore not able to vote.

The first round vote followed a parliamentary debate where Zapatero indentified the slowing economy and the fight against the armed Basque separatist group ETA as priorities for his second term.

Speaking to reporters before the vote, Zapatero said he would announce the make up of his new cabinet on Saturday after he is sworn in by King Juan Carlos.

The government has already signaled that key members of the outgoing cabinet, such as Foreign Minister Miguel Angel Moratinos and Economy Minister Pedro Solbes, will remain in their posts.

In the last legislature Zapatero also lacked an absolute majority in parliament and passed laws with the support of smaller parties on a case by case basis.
Last Mod: 10 Nisan 2008, 09:06
Add Comment