Speaker of Parliament Bulent Arinc said that parliament would immediately authorize a cross border operation into the north of Iraq if such a need arises. 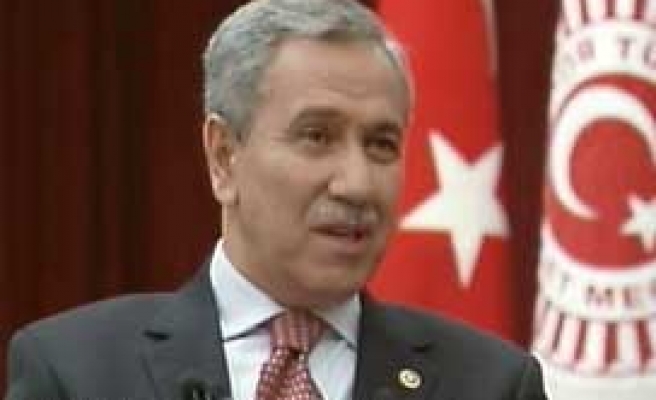 Speaker of Parliament Bulent Arinc said Wednesday that parliament would immediately authorize a cross border operation into the north of Iraq if such a need arises.

"In line with our national interests, parliament would give any authorization, if it is asked of but we have to think about the consequences and its timing as well," Arinc told an interview on private TV channel.

Arinc also criticized certain European countries which he said was qualifying terrorism as "an act to stand up for rights."

"It is impossible to accept or tolerate terrorism regardless of its cause, perpetrator or its target," Arinc added.

"We should stand solid against terrorism," Arinc said.

Holding a news conference before his departure for Slovakia to attend the EU Parliament Speakers' Conference, Arinc said, "we should not display any weakness in our fight against this crime against humanity. I believe that all countries should cooperate with each other in this fight by putting their differences aside."

Upon a question about Turkish parliament's likely stance towards a cross-border operation, Arinc told reporters, "if a need arises for a cross-border military operation in north of Iraq, our parliament has the capability of assessing any application of the Turkish Armed Forces and make a decision immediately. We do not face terrorism for the first time. Turkey is one of the countries suffering most from terrorism."

Referring to his visit to Slovakia, Arinc said, "during the conference, we will exchange views on the issues such as inter-parliamentary cooperation and the future of the EU. I will deliver a speech and explain Turkey's views. I will also hold a series of talks with my counterparts to convey them Turkey's expectations in the EU membership process."