Parents now have another reason to shoo their kids outdoors to play, along with making sure they get enough fresh air and exercise. 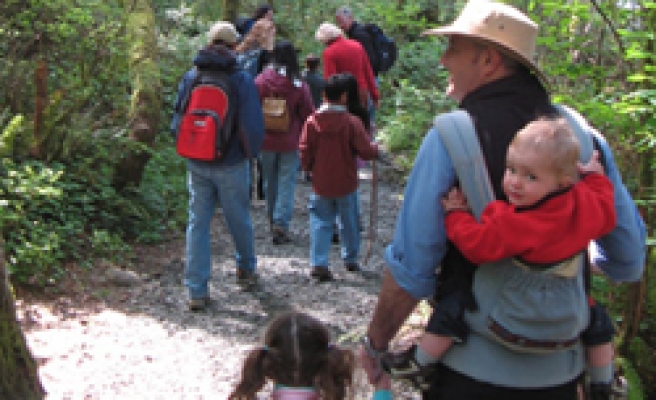 In a study, Australian researchers found evidence that children who spent the most time outdoors were the least likely to suffer from myopia, also called nearsightedness or shortsightedness

"Our evidence suggests that the key factor is being outdoors, and that it does not matter if that time is spent in having a picnic or in playing sport," Dr. Kathryn A. Rose told Reuters Health. "Both will protect a child's eyes from growing excessively, which is the major cause of myopia."

Myopia has become increasingly common in recent decades, with more than 80 percent of people in some highly-educated groups being nearsighted, Rose of the University of Sydney and her colleagues point out in the journal Ophthalmology. Work that requires a person to focus on something close up -- for example reading -- has been proposed to cause nearsightedness, they add.

To investigate how viewing activities at various distances might influence myopia risk, the researchers looked at 1,765 six-year-olds and 2,367 12-year-olds participating in the Sydney Myopia Study. Just 1.5 percent of the six-year-olds were myopic, but 12.8 percent of the older children were. Both age groups spent about 2.3 hours outside each day, on average.

Time spent outside had no significant relationship to myopia prevalence among the younger children, nor did the amount of close work they did.

But among the 12-year-olds, those who spent more than 2.8 hours outside every day were less likely to be myopic than their peers who spent more of their time indoors. Children who spent less than 1.6 hours outdoors every day and more than 3.1 hours in near-work activity had double to triple the likelihood of being nearsighted compared to kids who spent the most time outside and the least time in close-up work.

"We have not yet established why being outside is protective," Rose said. "But a likely candidate is the high levels of light experienced outside compared to inside. Studies in animals suggest that retinal dopamine is released in response to light, and dopamine is known to be able to block eye growth." Myopia is caused when the eyeball grows too long.

The researcher offers the following advice to parents: "Try to ensure that your children spend time outside because we have evidence that the more time they spend outdoors, the less likely they are to develop myopia. This is true, even if they are also doing a lot of close work such as reading and studying." But also, she adds, parents should be sure their kids are wearing hats and sunscreen.