The death toll from flooding along Sri Lanka's rain-drenched southwestern coast has risen to 11, while at least 50,000 people are now homeless and living in temples and schools, officials said. 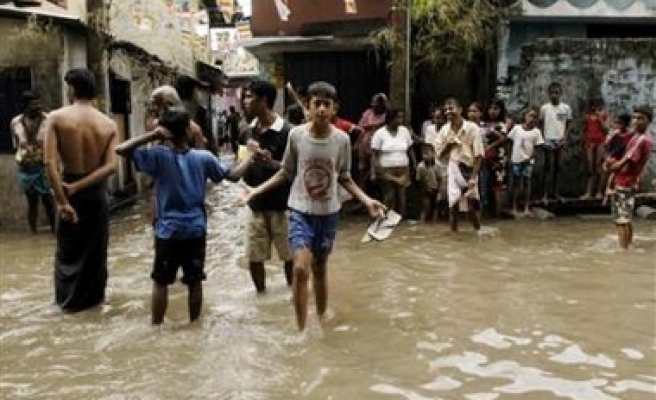 Rains flooded many roads around Colombo on Thursday and Friday, causing traffic chaos and disrupting trade on the Colombo Stock Exchange because many traders were unable to get to work.

Flood levels had subsided by Saturday morning, and rains abated.

"We now have 11 dead, while there are around 50,000 homeless," said police media spokesman Deputy Inspector General Jayantha Wickramaratne.

National Disaster Management Centre officials said the number of people displaced could be as high as 80,000.

Monsoon rains, which are due to arrive later this month and run through to September, typically cause widespread flooding and displacement.