The rebel gesture came as government forces continue their push against the rebels' northern stronghold in the 25-year civil war, amidst a barrage of almost-daily air, sea and land attacks. 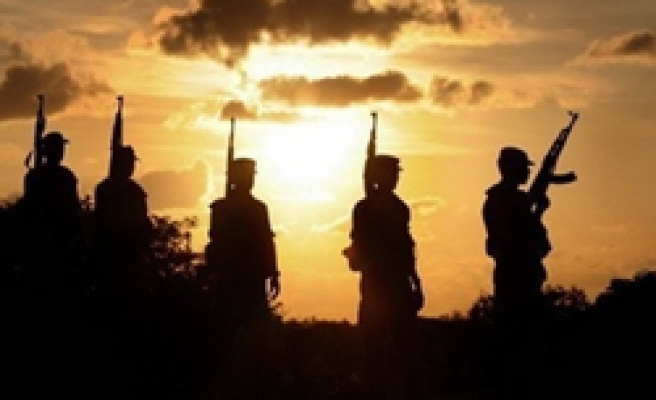 Sri Lanka's government on Tuesday dismissed a declaration by Tamil Tiger rebels of a brief unilateral ceasefire from July 26, adding there was no let-up of attacks on rebel positions in the north on Tuesday.

"The government is not abiding by it, has no response and is not having discussions with anybody" on the ceasefire gesture, Foreign Minister Rohitha Bogollagama said in parliament on Tuesday.

A military spokesman said military raids on rebel positions continued on Tuesday and the airforce had attacked a rebel training camp in the north.

An email statement from the Tamil Tigers early on Tuesday said the rebels would refrain from military action during the 15th South Asian Association for Regional Cooperation (SAARC) conference from July 26 to August 6, but warned they would be forced to take "defensive action" if the island's military carried out any offensives against them.

"As a sign of this goodwill, our movement is glad to inform that it will observe a unilateral ceasefire that is devoid of military actions during the period of the SAARC conference from 26th July to 4th August and give our cooperation for the success of the conference," the Liberation Tigers of the Tamil Eelam (LTTE) said in an e-mailed statement.

The rebel gesture came as government forces continue their push against the rebels' northern stronghold in the 25-year civil war, amidst a barrage of almost-daily air, sea and land attacks.

Government officials said earlier on Tuesday they had not received an official ceasefire notification from the rebels and were skeptical about the declaration.

"You have to look at it historically, there has been a tendency to have a ceasefire in order to build up their strength," said Rajiva Wijesinha, Secretary General of the Sri Lanka Secretariat for Coordinating the Peace Process.

"While of course the government is delighted if the LTTE give up terrorism and want to move towards talks towards sustainable peace, we haven't had any experience in the past," he said.

Foreign minister Bogollagama said the government was not in talks with Norwegian facilitators or any other group on the rebel gesture.

Sri Lanka's military said the air force carried out an air raid on a rebel training base in the northern district of Mullativu on Tuesday, while the navy destroyed and sank a rebel boat and damaged two more before a sea battle at dawn.

The military said they are continuing with the operations despite the rebel call.

"We are doing it even now," said military spokesman Udaya Nanayakkara, adding day-earlier fighting had killed 44 Tamil Tiger rebels and a soldier in the northern districts of Jaffna, Vavuniya, Polonnaruwa and Mannar.

The long-running conflict is now concentrated in the north after the Sri Lankan army, which has vowed to finish off the Tigers this year, drove the rebels from their eastern enclave in 2007.

Sri Lanka's 2002 Norwegian-backed ceasefire pact with the Tamil Tigers formally ended in January after the government decided to scrap it, arguing that the rebels were using it to buy time to regroup and rearm.

The civil war has killed more than 70,000 people since it started. The Tigers have been fighting for an independent state in north and east Sri Lanka for minority Tamils since 1983.

Analysts say the military has the upper hand in the latest phase of the war given superior air power, strength of numbers and swathes of terrain captured in the island's east. But they still see no clear winner on the horizon.