Iraq will disarm the Mehdi Army militia by force if it does not lay down its weapons, Prime Minister Nuri al-Maliki said on Wednesday, aiming some of his toughest language yet at the Shi'ite fighters. 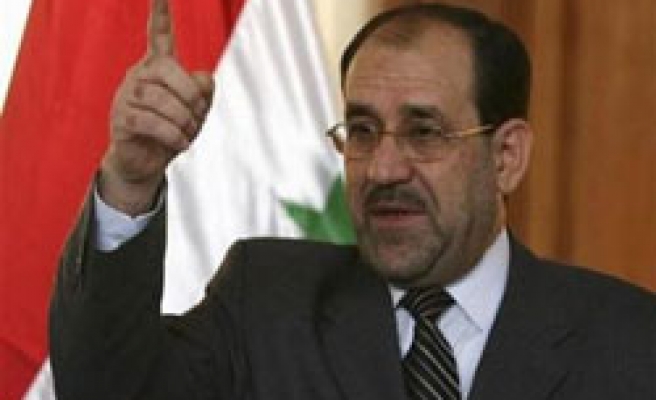 The prime minister laid down four conditions -- that militia disarm, stop interfering in state affairs, stop running their own courts and hand over wanted fugitives -- or face a military assault.

"To refuse these conditions means the continuation of the government's efforts to disarm them by force," Maliki said at a news conference inside Baghdad's fortified Green Zone government and diplomatic compound.

"There is no alternative to these conditions. The alternative is the continuation of force and clashes until we reach the end, to get rid of the weapons and the gangs who are carrying weapons."

Maliki, himself a Shi'ite, launched a crackdown against fighters loyal to Shi'ite cleric Moqtada al-Sadr last month in the southern city of Basra.

After initial setbacks, the Basra offensive appears to have been a success in driving fighters from the streets there. But the militiamen remain in control of much of the Shi'ite slum of Sadr City in Baghdad, where they have clashed heavily with U.S. and Iraqi forces over the past several days.

In the past Maliki has been careful not to single out Sadr's Mehdi Army militia by name.

But in Wednesday's press conference he named it along with two Sunni Arab insurgent groups as groups that must be dissolved.

"Our final goal, which we will not retreat from until we achieve it, is to disarm the militia and dissolve the Mehdi Army and the Islamic Army and al Qaeda," Maliki said.