Heart attack victims are to be injected with stem cells from their own bone marrow in a groundbreaking trial which could improve patient survival rates, doctors said Friday. 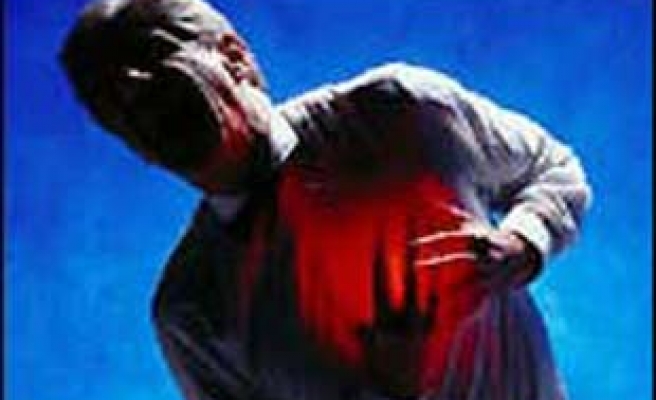 Heart attack victims are to be injected with stem cells from their own bone marrow in a groundbreaking trial which could improve patient survival rates, doctors said Friday.

Britain has one of the worst heart attack rates in the world with someone having a heart attack every two minutes.

Heart attacks are responsible for one-in-four deaths in men and one-in-six deaths in women in the UK.

A heart attack is caused when blood flow to a section of heart muscle becomes blocked.

During the attack, cells in part of the heart die leaving areas of scarring.

The scarred areas are less effective at pumping blood around the heart and body which can lead to patients going on to develop heart failure.

Current techniques, such as coronary bypass surgery, or angioplasty, can improve blood flow around the heart, reducing the risk of further heart attacks.

But these techniques cannot repair the scarred tissue back to its pre-heart attack condition.

Now a team from Bristol Heart Institute (BHI), in south-west England, will undertake a revolutionary trial with the hope of restoring the damaged scar tissue, which could potentially improve the survival rates and quality of life of heart attack victims.

Patients will be injected with stem cells from their bone marrow during a routine coronary bypass operation.

It is hoped that the stem cells will go on to reduce or repair the heart scarring, which will vastly improve the health of the heart.

From August onwards up to 60 recent heart attack victims will undergo this revolutionary technique.

The trial, a world first, is unique because some of the patients will be given a placebo (dummy) injection rather than a stem cell injection, enabling doctors to prove conclusively if the stem cell treatment is effective. Last Mod: 22 Haziran 2007, 16:36
Add Comment