Astrophysicist Stephen Hawking called Monday for a new era of space conquest akin to discovery of the new world, in a speech on the 50th anniversary of NASA space agency. 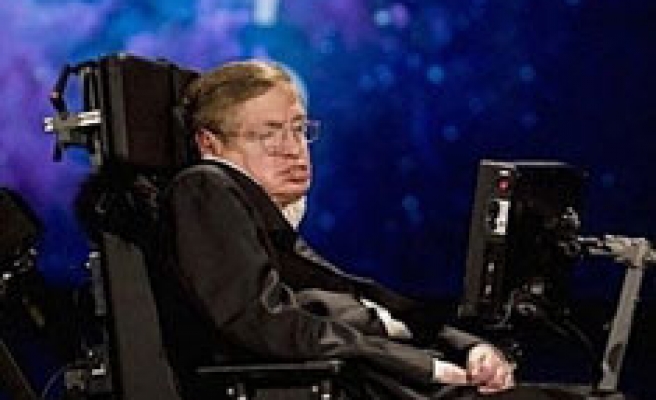 "In a way, the situation is like Europe before 1492. People might well have argued that it was a waste of money to send Columbus on a wild goose chase," the British scientist said at Georgetown Washington University.

"Yet the discovery of the new world made profound difference to the old. Just think, we would not have a Big Mac or KFC (Kentucky Fried Chicken)," he added referring to the ubiquitous US fast food outlets.

"Spreading out into space will have an even greater effect. It will completely change the future of the human race and maybe determine whether we have any future at all," added the 66-year-old theoretical physicist, who is known for his works in cosmology and quantum gravity.

Hawking envisions a long-term space exploration project that would include building an experimental base on the moon within 30 years, and devising a new propulsion system to take us on a planetary hunt outside our solar system in 200-500 years.

"It will not solve any of our immediate problems on planet earth," he said, "but it will give us a new perspective on them and ... Hopefully, it will unite us to face a common challenge."

"Going into space will not be cheap, but it will take only a small portion of world resources," he added.

Hawking has suffered from amyotrophic lateral sclerosis (ALS), a degenerative motor neurone disorder, since he was 20. It has left him almost completely paralyzed, and he can only speak through a voice synthesizer.

A year ago, however, he was able to step off his wheelchair and float about in a state of zero gravity aboard a special plane.

He hopes to repeat the experience in space, above the atmosphere, aboard the maiden, suborbital flight of the Virgin Galactic of British billionaire Richard Branson's venture company Virgin Group, whose first flight is planned for next year.