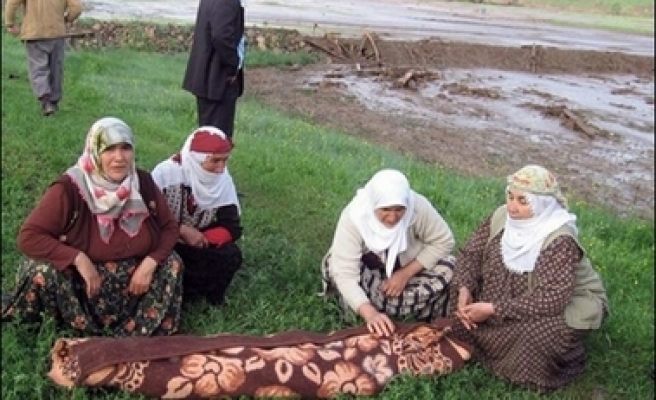 Nine people died in eastern Turkey, including six killed in severe flooding in mountainous Agri province near the Iranian border, where river waters were swollen by melting snows. Two more people were missing.

In nearby Van province, a two-year-old child died when landslides triggered by heavy rain demolished a house. Two other girls also died and another person was injured after being struck by lightning.

Six hikers died in Greece while trying to cross a river in the south. They were in a group of 18 people swept away by a flood wave in the rain-swollen Lousios river. Prosecutors charged the hike's organizers with involuntary manslaughter.

In France, two divers and a yachtsman drowned on Sunday off the western coast of Brittany in extreme weather.

The yachtsman fell into the sea from his 21-metre boat in heavy seas. The two divers were part of a group of six who were caught up in strong waves. The others made it safely to shore.

Aside from the human toll, it has also destroyed crops and damaged infrastructure in France, Spain, Poland, Bulgaria, Turkey and other countries.