People who are taking three or more drugs and still have high blood pressure have a condition known as resistant hypertension that may require special treatment, the American Heart Association said on Monday. 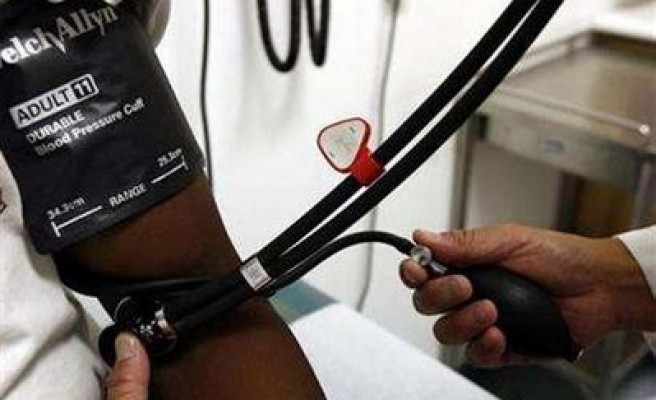 The guidelines are intended to help doctors and patients identify and control resistant hypertension, which affects as many as 30 percent of people with high blood pressure.

"It may be the fastest-growing component of hypertension in general -- those patients needing three or more medicines," Dr. David Calhoun of the University of Alabama at Birmingham and chair of the association's guideline writing committee said in a telephone interview.

Given that older age and obesity are two of the strongest risk factors associated with this kind of hypertension, the condition will likely become increasingly common as the U.S. population ages and grows heavier, Calhoun said.

Under the new guidelines, published online in the journal Hypertension, resistant hypertension also includes people who must take four or more drugs before they can get their blood pressure under control.

"These patients with resistant hypertension are probably at even increased risk because of their long-standing, poorly controlled hypertension," Calhoun said.

Calhoun said the guidelines are the first to specifically address the treatment of resistant hypertension, which he said may be brought on by underlying conditions that need to be managed.

"Obesity, a high-salt diet, and sleep apnea are common contributing causes," he said. Resistant hypertension may also result from an excess of a hormone produced in the adrenal gland known as aldosterone, which can promote fluid retention.

The new guidelines stress that treatment should be tailored to individual patients and their underlying conditions.

If blood pressure cannot be controlled after working with a general doctor for six months, Calhoun said people should referred to a specialist.