Students and a teacher were treated for minor injuries Monday after five young men armed with baseball bats and a machete invaded a high school in Sydney, police said. 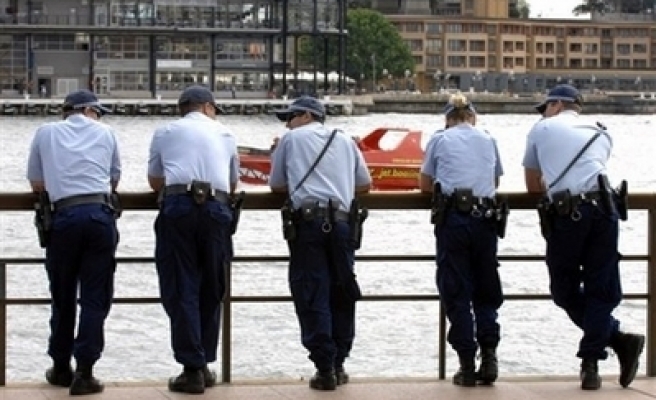 Merrylands High School in west Sydney's went into "lockdown" with pupils confined to their classes as the intruders assaulted students, smashed windows and damaged rooms before police arrived and arrested them.

"Police were called to the high school on Sherwood Road following reports a number of males had entered the school grounds," a police spokeswoman said.

"They allegedly damaged a number of classrooms (and) a number of students received minor injuries.

"Some were assaulted by the group and others received injuries from the flying glass."

The spokeswoman said she could not comment on whether the five males were students, former students, or unrelated to the school.

There was no immediate word on their motives.

One student was admitted to hospital for treatment of a minor facial injury and a teacher was taken to hospital with bruising to the back of the head, an ambulance service spokesman said.

"We've assessed 18 school-aged children ... all having minor injuries, some lacerations, some bruising and they're obviously quite anxious about what has happened," the spokesman said.

The regional director of the New South Wales education department, Tom Murie, said he did not believe those arrested were students at Merrylands High School.

"At this stage we don't believe they're school students," Murie told a radio interviewer, adding there was no information about the alleged offenders' ages.