The higher a pregnant woman's level of blood sugar, the greater the risk to her newborn — whether the mother has diabetes or not, the largest study on the problem suggests. 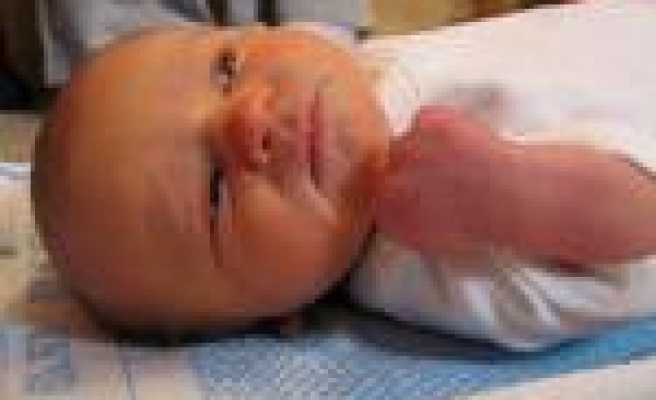 The findings released  may lead to more women being diagnosed with diabetes during pregnancy and given stricter diet advice or medication to lower blood sugar.

The research involved more than 23,000 pregnant women in nine countries. It found a surprisingly strong relationship between the blood sugar levels of the women and the rate of big babies and first-time Caesarean sections, said lead investigator Dr. Boyd Metzger of Northwestern University.

Large babies risk shoulder damage and other injuries if delivered vaginally and lead to more C-sections, which also pose health risks to mothers and babies.

Large babies were defined in the study as those bigger than 90 percent of those born in the local population, so large Thai babies would be smaller than large U.S. babies.

It's long been known that gestational diabetes — a type of diabetes that starts during pregnancy and often goes away after birth — is unhealthy for a woman and her baby. The study is the largest to document the frequency of newborn problems at increasing levels in mother's blood sugar and the first to find that levels now considered acceptable posed some risks.

"We have established without any question that levels of blood sugar less elevated than typical diabetes carry risks," Metzger said. Currently, the goal for a pregnant woman's fasting blood sugar is below 95 milligrams per deciliter during the final few months of pregnancy.

A new target of 90 may be more reasonable, Metzger said. Researchers are not making recommendations for now, he said. New guidelines may come next year after international experts meet to analyze the findings, he said.

Other measures of gestational diabetes in the pregnant women, such as glucose tolerance tests, also correlated with infant risk.

The risk was seen in babies in the United States, Canada, Barbados, Britain, Israel, Thailand, Australia, Singapore and Hong Kong. The $19 million study was funded by the National Institutes of Health and the diabetes association.

Gestational diabetes affects about 4 percent of pregnant women, about 135,000 a year in the United States. That number may climb by tens of thousands of women a year if guidelines are revised, Metzger said.

"The question is, what is the best blood sugar to have? Probably there is no threshold. The lower, the better," said Dr. Joel Zonszein, director of the Clinical Diabetes Center at New York's Montefiore Medical Center.

Dr. John Kitzmiller, a maternal and fetal health expert at Santa Clara Valley Medical Center in San Jose, Calif., said the study will raise debate over how to treat women with mild elevations in blood sugar. More evidence may be needed to show that treatment works.

Women with gestational diabetes are treated with special diets that limit carbohydrates and include high-fiber foods in frequent smaller meals. They sometimes also require injected insulin at a cost of $80 to $120 a month and need regular doctor checkups.

Some doctors use glyburide, a generic glucose-lowering pill, but large studies of the drug's safety in pregnant women have not been done.