Defence lawyers have petitioned Sudan's top court to stop the executions of 30 other alleged rebels sentenced by the anti-terror court formed to try those arrested after the May attack by JEM. 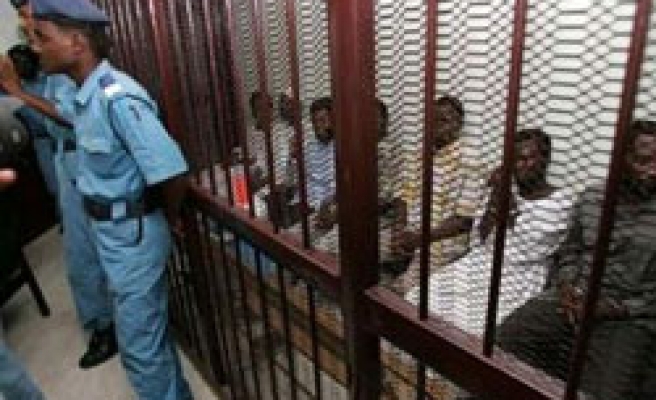 Sudan sentenced eight Darfur rebels to death on Sunday for their involvement in an unprecedented attack on the capital, including a senior leader of the Justice and Equality Movement (JEM).

Chanting for a new Sudan and for justice before the court, the eight rebels including JEM leader Khalil Ibrahim's half brother Abdel Aziz el-Nur Ashr said they had no reason to ask for leniency.

"The court is sentencing all eight accused to death by hanging," said judge Mudathir Rashid Sidahmed.

"Death to the government," Ashr shouted as the verdict was read.

Darfuri women at the court protested ouside the courtroom but were escorted out by police.

The accused have one week to make their only appeal before President Omar Hassan al-Bashir signs the execution order.

Defence lawyers have petitioned Sudan's Constitutional Court to stop the executions of 30 other alleged rebels sentenced by the anti-terror court formed to try those arrested after the May attack by JEM.

A total of 38 have now been sentenced to death in connection with the attack.

The United Nations has also voiced concern that the courts do not meet international standards and urged the appeals court to review the sentences.

The attack on Khartoum was the first time a rebel group had brought their fight to the capital. The clashes killed more than 200 people and injured hundreds of others.

The rebels were stopped at bridges over the river Nile a few kilometres (miles) from the presidential palace and army headquarters.