The accord established joint north-south military committees to supervise implementation of the security protocols. 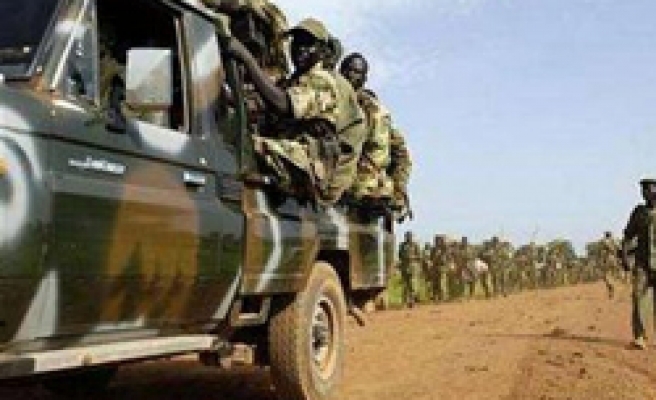 Sudan's north and south armies have not fully withdrawn from the disputed oil-rich Abyei region as called for under a plan aimed at defusing tensions behind deadly clashes in May, U.N. sources said on Sunday.

The fighting killed dozens of people, drove 50,000 from their homes and burnt most of the town. Analysts said it created the biggest threat to Sudan's landmark 2005 north-south peace deal that ended decades of civil war in Africa's largest nation.

Ending years of deadlock over the critical oil-producing region the former foes agreed an administration for Abyei on Friday, the final part of a June road map, with Abyei's borders to be decided by an international court and a joint armed force taking over security.

But the head of the U.N. peacekeeping mission for the north-south deal, Ashraf Qazi, in a statement on Saturday said the final withdrawal was not yet complete.

"(Qazi) encourages the two parties to continue to move ahead with implementation of the remaining road map provisions (including) ... final withdrawal of the forces of the two sides from the area."

U.N. sources, who declined to be named, on Sunday explained the northern SAF still had a small contingent near the oil areas and that the former southern rebel SPLA also had some military police in the peripheral Agok area, both of which contravened the spirit of the June road map which asked for full withdrawal.

"The joint military mechanisms are looking at dealing with these issues," one source said.

The accord established joint north-south military committees to supervise implementation of the security protocols.

U.N. spokesman Brian Kelly said the peacekeeping mission could confirm that the main forces from both sides had withdrawn from Abyei town, the site of the fighting in May.

"The SPLA (Sudan People's Liberation Army) withdrew from the area and the SAF (Sudan Armed Forces) Battalion 31 is also fully gone," he said, but could not comment on the remaining contingents.

About 150 members of the joint police force were on the ground and the joint army unit was patrolling regularly, he added. The United Nations was providing them with training, tents and food.

A senior SAF official Abdel Rahman Mohamedain said SAF had encountered delays in redeployment because of heavy rains which had swamped roads but that he was sure they had fully withdrawn.

"We will check on any outstanding troops but our information is that there are no SAF troops in Abyei other than in the joint integrated unit," he told Reuters.