Arab FMs will hold an emergency meeting to discuss Sudan as ICC prosecutor charged al-Bashir on Monday with genocide in Darfur. 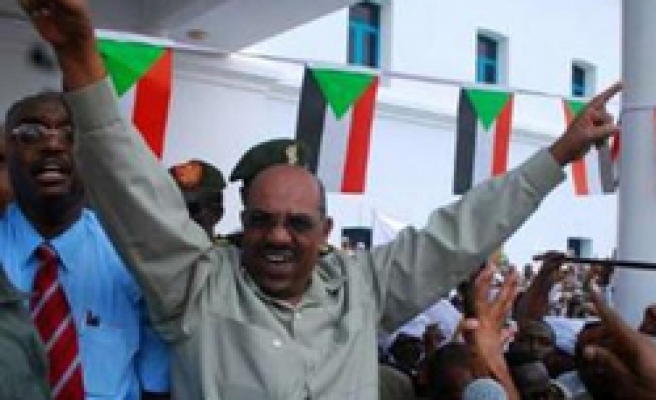 The International Criminal Court's (ICC) prosecutor charged Sudan's president on Monday with masterminding a campaign of genocide in Darfur.

ICC Prosecutor Luis Moreno-Ocampo asked the court for an arrest warrant for President Omar Hassan al-Bashir, the first sitting head of state to be pursued by an international court.

Khartoum, which is not a party to the court, said it did not recognise the statement, but pledged to continue with peace moves in Darfur and said it would protect United Nations staff in Africa's largest country.

Sudan looks set to seek Chinese, Russian and African support at the United Nations to help block any warrant.

Thousands of Sudanese rallied in the country's capital in support of al-Bashir as part of a government-organised protest in the run-up to Monday's announcement in The Hague.

"With our souls, with our blood we die for Bashir," the protesters chanted as they marched through the streets of Khartoum towards the offices of the United Nations.

Hundreds of people also gathered near the cabinet office where the government was holding an emergency meeting to discuss the issue.

Awad Ahmed, 53, a worker from the agriculture ministry, said: "The Sudanese people are all rejecting this -- this is America targeting Sudan," he said. "We will not send Bashir. We would die first."

"If any indictment is issued about the head of state this will create a constitutional collapse in Sudan," said the opposition Umma Party which won the last free vote in Sudan.

"The meeting will be held on Saturday," Ambassador Samir Hosni, head of the Arab-African cooperation department at the Arab League, told Reuters.