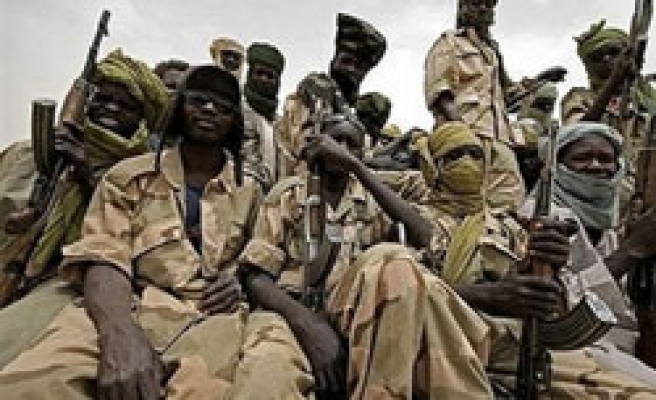 Darfur rebels fought Sudanese troops in a suburb of Khartoum on Saturday in a bid to seize power, but the government said the attack on the capital had been defeated.

Heavy gunfire and artillery was heard in Omdurman, across the River Nile from the heart of Khartoum, capital of Africa's biggest country. Helicopters and armoured vehicles headed for the fighting and an overnight curfew was declared.

"The main aim of this failed terrorist sabotage attack was to provoke media coverage and let people imagine that they had the ability to enter Khartoum," Mandour al-Mahdi, political secretary of the ruling National Congress Party told state television.

"Thank God this attempt has been completely defeated. Some high level JEM commanders were killed," he said, referring to the Darfur Justice and Equality Movement (JEM) rebels.

It is the first time that fighting has reached the capital in decades of conflict between the traditionally Arab-dominated central government in Khartoum and rebels from peripheral regions that complain of neglect.

State television showed pictures of corpses and blood in the streets. It showed five of what appeared to be rebel prisoners.

The rebels said earlier they had taken control of Omdurman and were now trying to oust President Omar Hassan al-Bashir.

"We are now trying to control Khartoum. God willing we will take power, it's just a matter of time," senior JEM commander Abdel Aziz el-Nur Ashr told Reuters by telephone. "We have support from inside Khartoum even from within the armed forces."

Khartoum state is home to around 8 million of Sudan's 38 million people.

Sudan's economy, driven by increasing oil production, has grown rapidly since a peace deal between north and south ended one civil war in 2005, but that agreement did not cover the conflict that erupted in Darfur five years ago.

International experts estimate some 200,000 people have died and 2.5 million been made homeless in Darfur since mostly non-Arab rebels took up arms accusing central government of neglect.

The United States describes the conflict in Darfur as genocide, but Khartoum rejects that term and says only around 10,000 people have been killed.

Sudan is a close ally of China, a big oil industry investor and its main arms supplier.

Sudanese officials accused neighbouring Chad of backing the rebel attack. Chad in turn says Khartoum is behind rebels who came close to seizing power there in February. Both countries deny supporting the others' rebel movements.

"This was fully supported by the Chad government," presidential advisor Ghazi Salaheddin told Reuters. "There are indications that another contingent in on its way from Chad. Personally I doubt they will try this again after what has happened here."

In Chad's capital, a presidency official told Reuters: "We categorically deny all these baseless accusations. Chad's defence and security forces have not taken any part in the fighting."

Chad and Sudan signed a non-aggression pact in mid-March but accused each other of reneging on the deal soon afterwards.

There were signs that Egypt was showing ready to offer support for Khartoum on Saturday. One witness said he saw three Egyptian fighter planes and one Egyptian army cargo plane landing at the airport. The witness said he could see the Egyptian flag on the side of the planes.