At least six civilians are reported to have been killed and dozens wounded after a suicide bomber blew himself up in a town in eastern Afghanistan. 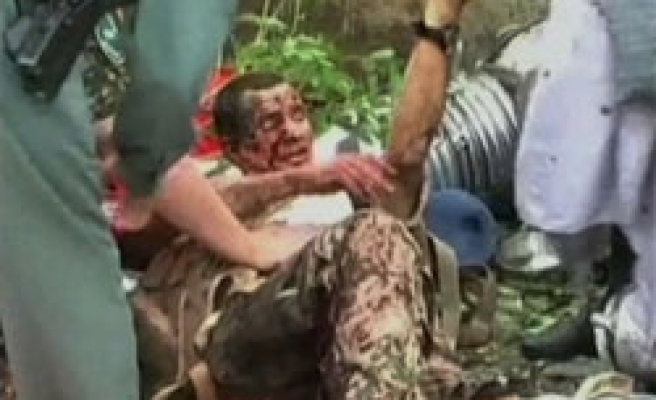 At least six civilians are reported to have been killed and dozens wounded after a suicide bomber blew himself up in a town in eastern Afghanistan.

Sunday's bombing in Gardez came a day after a suicide blast in the northern town of Kunduz killed nine people, including three German soldiers.

Zemarai Bashary, an tnterior ministry spokesman, said around 40 people were either dead or wounded in the blast in a crowded market and bus stop in the centre of Gardez, capital of Paktia province.

He said that six bodies were in one hospital and the death toll was expected to rise.

The target of the attacker, who was on foot, was unclear, the police official said.

Most of the suicide bombings in the country are aimed at Afghan and foreign military forces.

NATO's International Security Assistance Force (ISAF) said it had no information about the blast in Gardez, located 100km south of Kabul.

The attack in Kunduz on Saturday was aimed at German soldiers who were shopping in a crowded market. The Taliban claimed responsibility.

The Taliban has vowed to step up suicide attacks across the country to avenge the killing of Mullah Dadullah, its top military commander, last week.