A suicide car bomber has attacked a convoy believed to be carrying soldiers and civilians in a busy residential area of Kabul, killing at least three civilians and wounding five others, the interior ministry said. 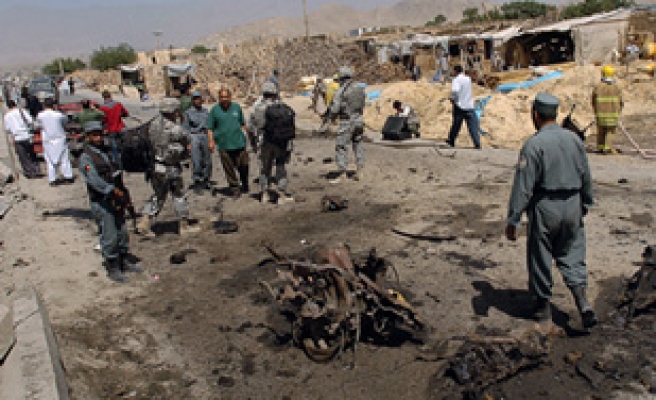 In another suicide attack in the northern city of Mazar-i-Sharif, a civilian was killed and six others wounded.

Saturday's blast in Kabul was the third suicide bombing targeting the Nato-led forces in Afghanistan in two days.

"It was a suicide car bomb attack against a foreign forces vehicle," Alishah Paktiawal, the head of the city police's criminal department, said.


A spokesman for the Nato-led International Security Assistance Force (Isaf) said: "Right now we think it may have been a private convoy of private contractors."

He said that Isaf troops might have been attached to the convoy to provide security. One soldier could have been among the casualties but he could not confirm this yet, he added.

It was not clear why the US soldiers had fired on the crowd that gathered at the site of the suicide car bombing.

Nato and the US-led coalition could not confirm the shooting.

The bomber, who died in the attack, planted the explosives in a taxi, the Afghan interior ministry said in a statement.

"I was driving. The car just behind me exploded. It was a terrible explosion," one witness said.

An Isaf convoy was coming from the opposite direction. An Isaf vehicle was on fire but drove away," he added.

The attack was the fifth suicide bombing in the capital this year but there have been several others around the country, mainly in the south and east.

The attack in Mazar-i-Sharif targeting a US military convoy came hours after the blast in Kabul.

It missed the US convoy, which sped off, said Abdul Rauf Taj, the provincial head of security and police.

"One person was killed and six injured," he said. The casualties were all civilians and the wounded included a woman and a child, Taj said.