The number of Japanese who committed suicide topped 30,000 for the ninth year in a row in 2006, with increasing suicides among students, the National Police Agency (NPA) announced Thursday. 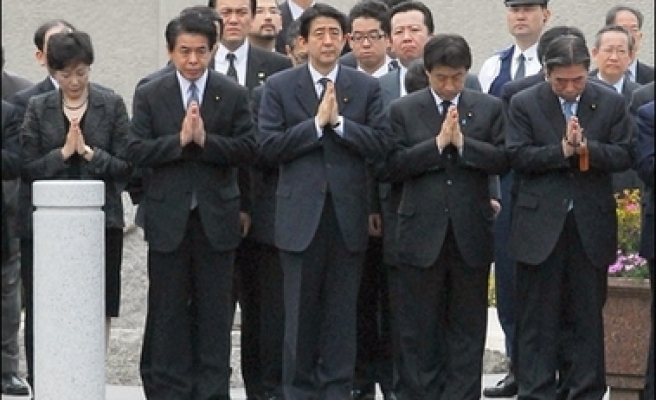 The number of Japanese who committed suicide topped 30,000 for the ninth year in a row in 2006, with increasing suicides among students, the National Police Agency (NPA) announced Thursday.

A total of 32,155 people killed themselves last year, down 1.2 percent from the year before, the NPA said. Men accounted for over 70 percent of the total cases. The number of suicides for economic hardships fell 10.1 percent from a year earlier, reflecting Japan's steady economic recovery.

About 42 percent of the deaths were motivated by health problems, while nearly 7,000 deaths were attributed to financial difficulties, such as debt and unemployment. Family troubles accounted for 2,960 and work-related problems, such as overwork and strained relations at the workplace, 1,919 deaths, the NPA said.

By age, suicides by people aged 60 or older accounted for 34.6 percent of the total, and there was a significant rise in the number of people aged 19 or younger who killed themselves, up 15 from the previous year.

Suicides by elementary school children rose 100 percent to 14, and those by junior high school students rose 22.7 percent to 81, underlying the series of suicides triggered by bullying at school. The total number of suicides by all students, including college goers, rose 2.9 percent to 886, the worst since 1978 when the survey began.

According to World Health Organization (WHO), Japan has the highest suicide rate among developed countries, or ranking 10th highest in the world. Last Mod: 07 Haziran 2007, 11:46
Add Comment