Tens of thousands of poor children in Serbia are being excluded from education, health and protection services, according to a new survey released, highlighting Serbia's alarming poverty gaps. 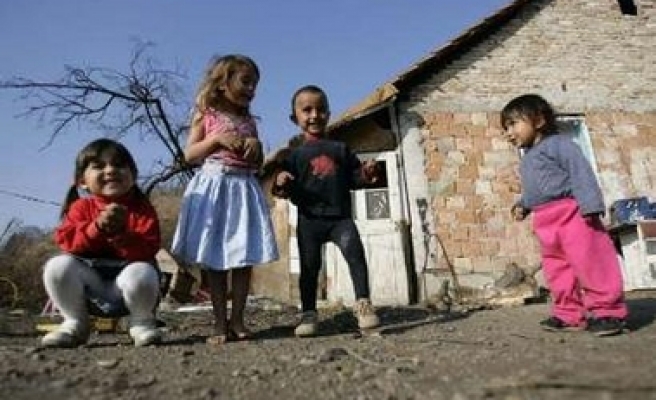 Tens of thousands of poor children in Serbia are being excluded from education, health and protection services, according to a new survey released here on Wednesday, highlighting Serbia's alarming poverty gaps.

According to the survey, the probability of dying under the age of five among Roma or Gypsy children is around 28 per thousand live births, almost three times higher than the national average. Only 33 percent of Serbia's children attend pre-school institutions, but this falls to 7 percent among the 20 percent poorest and to only 4 percent among Roma children.

"These data clearly show that inclusive policies that specifically target the poorest and excluded children are urgently required and that resources must be widely distributed and targeted to benefit all children in the country," said Maria-Luisa Fornara, the United Nations Children's Fund (UNICEF) acting representative for Serbia, in a press conference to launch the survey.

The Serbia Multiple Indicator Cluster Survey 2005, which is financially and technically supported by the UNICEF, was carried out by Serbia's statistical office and a private research institute. It is the first national household survey in Serbia to include specific assessments of the poorest 20 percent of the population and Roma living in settlements.

The survey, which was conducted between October 2005 and January 2006 to cover some 10,000 households, shows that while Serbia's economic and social development policies have resulted insignificant improvements for many, disparities that are often related to poverty and ethnicity are still large and need to be urgently addressed.

According to the survey, only 28 percent of Roma children complete primary education compared to 91 percent at the national level.

The Roma people are the poorest among the poor in Serbia. According to the official census in 2002, there are 108,193 Roma people in Serbia, or 1.44 percent of the total population. But Roma NGOs experts say the number of Roma living in Serbia ranges between 400,000 and 700,000 persons.

Aleksandra Jovic, team manager of the Serbian government's poverty reduction strategy, said that based on results of the new survey, new recommendations would be made to the finance ministry about budget allocations. Last Mod: 14 Haziran 2007, 18:45
Add Comment