It is the first civil action by relatives of Srebrenica victims against the Netherlands over its part in the 1992-95 Bosnian war. 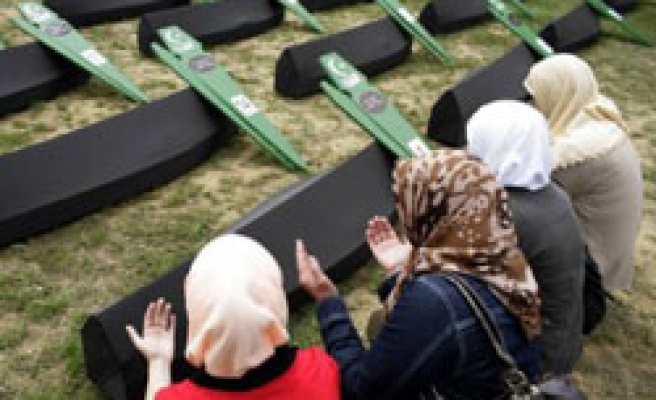 A Dutch court on Monday began hearing from a Muslim survivor of the 1995 Srebrenica massacre who says Dutch troops guarding the Bosnian town as part of a U.N. force allowed Bosnian Serbs to murder his family.

It is the first civil action by relatives of Srebrenica victims against the Netherlands over its part in the 1992-95 Bosnian war.

Srebrenica was declared a U.N. safe haven and guarded by a Dutch army unit serving as part of a United Nations force, but it was overrun by Bosnian Serb forces commanded by Ratko Mladic on July 11, 1995. More than 8,000 Muslim men and boys were massacred.

Hasan Nuhanovic, an interpreter with the United Nations, says his father, mother and younger brother were killed after they were expelled from a Dutch military base in the town.

"Dutch battalion members in Srebrenica in the Dutch base expelled my family and handed them over to the Serbs. I saw it with my own eyes," said Nuhanovic. He said he was allowed to remain inside the base because he had a U.N. identity card.

"If I had not done this, I would not be able to go on with my life. I am seeking justice," Nuhanovic told Reuters ahead of the court hearing in The Hague.

The family of Rizo Mustafic, an electrician in the Dutch battalion of the U.N. Protection Force who died in Srebrenica, is also suing the Dutch state in a separate case which opened on Monday.

Lawyers for the two argue the "Dutch state allowed the killing of thousands of Muslims."

The court will hear a separate suit on Wednesday filed by about 6,000 relatives of Srebrenica massacre victims against the Dutch state and the United Nations.

Outside the court, about 50 relatives and Srebrenica survivors along with human rights group the Society for Threatened Peoples kept a silent vigil, holding up a long banner inscribed with the names of the 8,106 victims.

The Netherlands has said its troops were abandoned by the United Nations which gave them no air support. Public documents show a network of Dutch military officials within the United Nations blocked air support because they feared their soldiers could be hit by "friendly fire", the families' lawyers have said.

Former Bosnian Serb leader Radovan Karadzic and Mladic, both wanted by the U.N. war crimes tribunal in The Hague on genocide charges over Srebrenica, are still at large.

The Dutch government led by Wim Kok resigned in 2002 after a report on the massacre blamed politicians for sending the Dutch U.N. troops on an impossible mission.

"They (survivors) finally have a chance to speak out. We have an extremely strong case. On a legal basis, I firmly believe we should win," Liesbeth Zegveld, the lawyer for Nuhanovic, said ahead of the court hearing.