Syria accuses US of using Hariri probe as pressure tool

Syria on Thursday accused the United States of exploiting the international probe into former Lebanese premier Rafiq Hariri's murder as a tool to apply political pressure on Damascus. 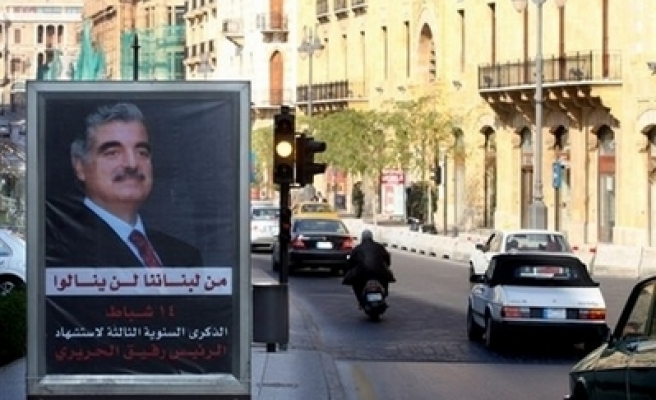 "The words of the US secretary of state (Condoleezza Rice) before Congress jump ahead of the results of the international inquiry which is underway and has not yet finished," the foreign ministry said in a statement.

It said her remarks were "additional proof that the United States is using the tribunal as a means of political pressure on Syria."

On Wednesday, the secretary of state ruled out any deal with Syria to keep President Bashar al-Assad's regime or family from being implicated in the February 2005 murder of Hariri in a Beirut seafront blast.

Senator Arlen Specter told Rice during a Senate committee hearing that Jordan's King Abdullah II had told him that Assad was concerned about the international tribunal that will try suspects in the assassination.

Specter floated the idea of launching negotiations with Damascus to gain political progress in the region in exchange for reduced sentences in the case.

But Rice responded: "I don't think that it would be appropriate to suggest that we might be willing to limit the scope of this tribunal on the assassination of Rafiq Hariri... because it might somehow implicate either the regime or the Assad family."

"I think that would be a very bad step. I think it would be bad for Lebanon, and bad for international justice," she told the Senate Appropriations Committee.

Rice recalled that the tribunal has not been formed yet.

"I think that is the appropriate place for us to be. After all, the tribunal was created under a United Nations Security Council resolution and it needs to take place with integrity," Rice said.

A UN probe has implicated senior Syrian officials in the car bomb attack that killed Hariri, an opponent of Syria's influence on Lebanon, and 22 other people on February 14, 2005.