Syria condemned the UN Security Council resolution to form a tribunal to cross examine the 2005 assassination of the former Lebanese Prime Minister Rafic Al-Hariri, branding the step as highly politicized and warning of dire consequences. 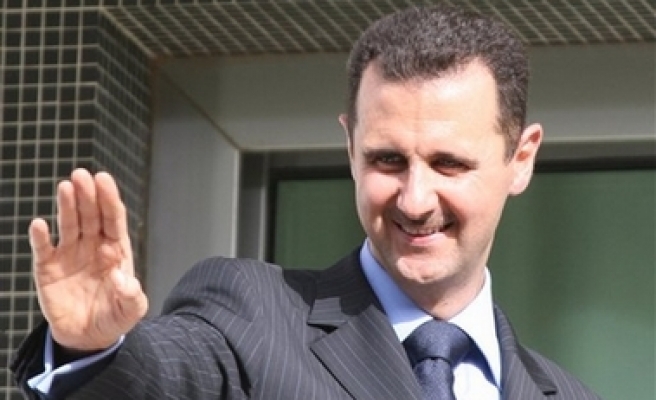 Syria condemned on Thursday the UN Security Council resolution to form a tribunal to cross examine the 2005 assassination of the former Lebanese Prime Minister Rafic Al-Hariri, branding the step as highly politicized and warning of dire consequences.

"Tichrin" daily newspaper, mouthpiece of the Baath-ruled government, labeled in the front-page editorial the council's resolution as "a political decision of vengeance that implies many contradictions and a great deal of bias and does not reflect international will."

The council, at session late on Wednesday, passed that resolution but gave the Lebanese leaders a grace period till June 10 to try establish the tribunal locally and according to Lebanese laws, in an apparent bid to avert deepening of the Lebanese conflicts and crises.

Tichrin said the international resolution was sharply biased considering opposition by five member states of the council; Qatar representing the Arab group in the international organization, the super powers Russia and China, Indonesia as representative of the Islamic nation and South Africa as a country of Non-Aligned Movement.

These states have opposed the resolution because they are aware that justice cannot be served in such "an unprecedented manner in history of the United Nations and because it may lead to dangerous impact on the Lebanese national unity," the government-run newspaper said.

Tichrin reiterated the Syrian government's stance on the tribunal question; that in case it accused Syrian figures in the assassination, they would be "tried according to the Syrian law."

Some Lebanese officials, following the February 14 deadly bombing that tore apart Al-Hariri's motorcade in downtown Beirut, charged Syria with being "technically or politically" responsible for the killing, and Damascus later withdrew the remaining of its troops from Lebanon.

The assassination has led to a wave of violence and political crises on the Lebanese scene, namely withdrawal of Shiite figures from the government. Last Mod: 31 Mayıs 2007, 15:06
Add Comment