Syria's ambassador to the United States, Imad Moustapha, has dismissed reports that military intelligence chief Assef Shawkat has been placed under house arrest, and that he was negotiating talks with Israel. 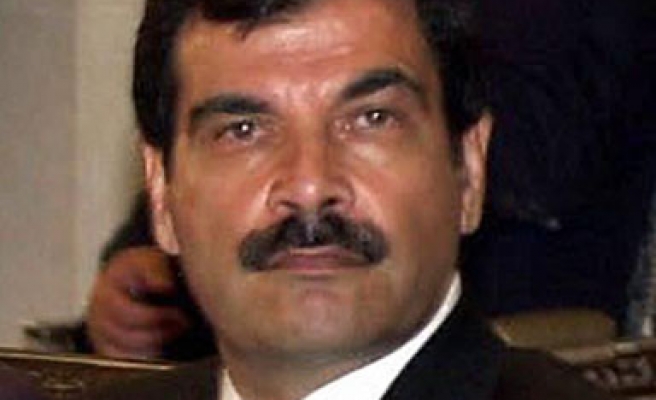 Syria's ambassador to the United States, Imad Moustapha, has dismissed reports that military intelligence chief Assef Shawkat has been placed under house arrest, and that he was negotiating talks with Israel, Syria News Briefing reported.

All4syria.org, an independent news website, reported on April 13 that Moustapha told Arab journalists that the reports were "efforts to spread rumours" conducted by Israeli, Arab and opposition media. Several websites had reported that members of the army and intelligence service, including Shawkat, had been arrested.

Moustapha's comments were the only direct official response to reports that Shawkat, who is president Bashar al-Assad's brother-in-law and one of the most powerful figures in Syria, had fallen out of favour.

Abdul Halim Khaddam, a former Syrian vice-president who lives in self-imposed exile in France, told the Beirut newspaper Al-Mustaqbal last week that the intelligence chief was ousted after he reported that the bomb that killed Lebanese Hezbollah commander Imad Mughniyeh was planted inside his car. Khaddam alleged that Mughniyeh was killed in an area of Damascus that was under Shawkat's control.

Al-Mustaqbal was founded by former Lebanese prime minister Rafiq Hariri, who was killed in a car bomb attack in 2005. His supporters blame Syria for his death.

Mughniyeh was killed in Damascus in February 2008. Syria has delayed releasing its report on his killing, raising suspicions of internal divisions within Syria's governing elite.

Syria subtly quashed reports that Shawkat was under house arrest last weekend, by broadcasting footage of him on state-run Syria TV, during a report on officers graduating from a military academy.