Syria, Israel to hold direct talks after next round

The timetable for the direct negotiations and the participants were to be determined after the visit of Syrian President Bashar Assad to Paris for a July 13 conference, the sources told the paper. 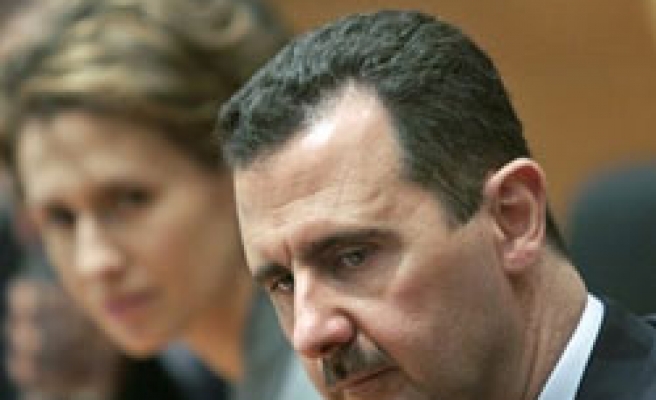 After the next round of Turkish-mediated talks between Syria and Israel, direct talks will likely commence between the two sides, Al-Hayat reported Wednesday, citing Turkish Foreign Ministry sources.

In the third round of indirect talks, which began on Tuesday, Syrian and Israeli officials discussed the possibility of opening direct talks, the London-based newspaper reported.

The timetable for the direct negotiations and the participants were to be determined after the visit of Syrian President Bashar Assad to Paris for a July 13 conference, the sources told the paper.

The sources were also quoted as saying that France was assisting the negotiations but was not participating or mediating like the Turks. They said Paris would eventually play a specific role in assisting to resolve the Sheba Farms dispute.

According to Al-Hayat, Tuesday's talks were aimed at examining the agreements reached thus far, including an Israeli withdrawal to the July 4, 1967 border lines and an improvement of Israeli-Syrian ties, as well as security and water arrangements.

The newspaper also reported that the two countries agreed that only Turkey would mediate between the two sides at this early stage.

On Monday, Assad said that the general atmosphere in the Middle East was positive. In a meeting with Norwegian Foreign Minister Jonas Gahr Store in Damascus, Assad called for a more active European role in the peace process between Syria and Israel.

Store told Al-Hayat that Damascus was interested in getting the US involved in the talks after direct negotiations begin.

In addition to Assad, Olmert and Defense Minister Ehud Barak are set to take part in the Paris conference on July 13, at which a new union of EU and Mediterranean states will be launched.

Syria demands release of Golan Druze as condition for peace

Syria's deputy foreign minister referred to Druze residents of the Golan Heights as Syrians Tuesday, saying in an interview on Syrian television that Israel will have to release all the Syrian prisoners it is holding if it is to reach a peace agreement with Syria. The comment can refer only to Druze from the Golan, since there are no Syrian nationals in Israeli prisons.