A Syrian political writer has been sentenced to three years jail on charges of "weakening national feelings" after criticising the government's policy toward Lebanon. 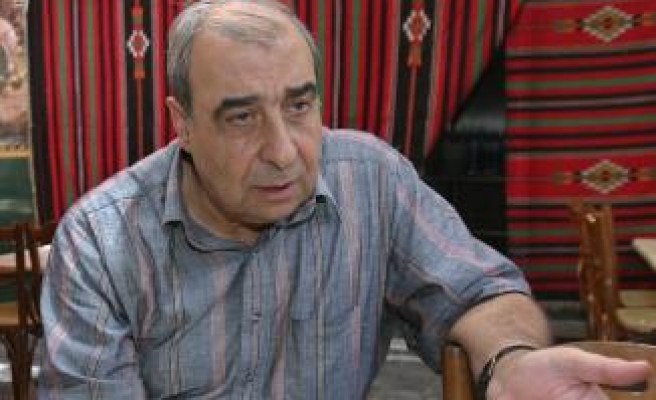 A Syrian political writer has been sentenced to three years jail on charges of "weakening national feelings" after criticising the government's policy toward Lebanon.

"We are not criminals, we are patriotic people," said Kilo after the verdict was read out.

Kilo and Issa are signatories to the Damascus-Beirut Declaration, a petition which criticises Syria's policy towards Lebanon.

Two other activists, Suleiman Shummar and Khalil Hussein, were sentenced in absentia to 10 years imprisonment on similar charges.

Syria's government, led by Bashar al-Assad, remains sensitive to criticism of its Lebanon policy after it withdrew its troops from the country in the wake of the 2005 assassination of Rafiq al-Hariri, Lebanon's former prime minister.

Al-Hariri's assassination led to street protests in Lebanon and international pressure that forced Syrian forces and other security personnel to leave Lebanon after 29 years.

An ongoing UN investigation into the Hariri killing has so far implicated senior Lebanese and Syrian security officials.

Syria denies involvement in the assassination.

Human rights activists say Syria’s current campaign to limit dissent is the most severe since al-Assad succeeded his late father, Hafez al-Assad, in 2000.

Kamal Labwani, a political acitivist, was sentenced to 12 years imprisonment last week on charges of contacting a foreign country and "encouraging attack against Syria."

Syria has been under emergency law since the Baath Party took power in a coup in 1963 and banned political opposition.

Assad was nominated unanimously on Friday by the Baathist dominated parliament for a second term. Last Mod: 13 Mayıs 2007, 16:26
Add Comment