Syrian Foreign Minister said that "The definition of (the borders of) the Shebaa Farms cannot happen under occupation." 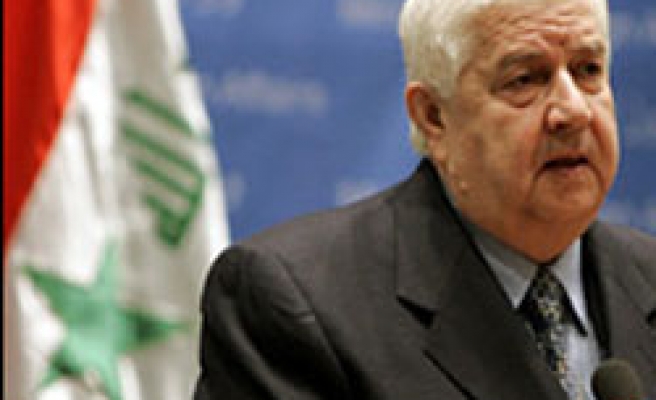 Syria and Lebanon agreed on Thursday to resume work towards formally demarcating their borders but Damascus said the boundaries of the disputed Shebaa Farms would not be drawn until Israel withdrew from them.

Demarcation of the borders between Syria and Lebanon would be a major step towards meeting international demands on Damascus to formalise ties with its smaller neighbour.

Lebanese President Michel Suleiman and his Syrian counterpart Bashar al-Assad agreed the step at a summit in Damacsus, according to a joint statement.

"The two presidents agreed on...the resumption of the work of the joint committee to define and draw the Syrian-Lebanese borders," the statement said.

Israel considers Shebaa Farms part of the Golan Heights, which it occupied in 1967, while Syria and Lebanon say they are Lebanese.

Suleiman's visit to Damascus underlined improving ties between Lebanon and Syria, which dominated its neighbour until 2005 when the assassination of former Prime Minister Rafik al-Hariri forced it to withdraw troops from the country.

The presidents formally agreed on Wednesday to establish diplomatic relations at ambassadorial level, another step which countries included France and the United States had demanded of Syria.