Syria rejected on allegations on arms smuggling into Lebanon through its borders, the official SANA news agency reported. 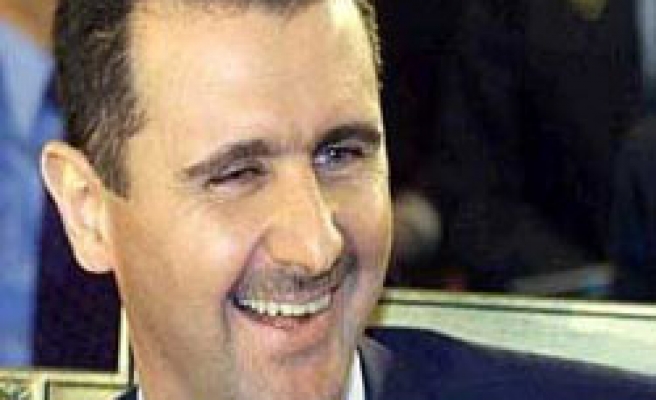 Syria rejected on allegations on arms smuggling into Lebanon through its borders, the official SANA news agency reported.

They were "rumors launched for political purposes," an official source at the foreign ministry was quoted as saying.

Syria was reacting to a report by UN Middle East envoy Terje Roed Larsen to the UN Security Council in which he mentioned illegal arms transfer into Lebanon via Syrian borders according to Lebanese government information and Israeli reports.

"Larsen's allegations before the UN Security Council on smuggling weapons from Syria to Lebanon are full adoption to what Israel circulates aiming at harming the Syrian-Lebanese relations," the source said.

"Syria condemns the misleading reports Larsen used to circulate in order to target Syria and its stances each time Security Council discusses resolution 1559," the source added.

The source accused Larsen of not serving the UN agenda, but the agenda of some international sides.

The source also criticized a following UN statement which reiterated "deep concern" at mounting reports of "illegal movements of arms" across the Lebanese-Syrian border.

"This stresses a non-credibility of information because Israelis the side that violates Lebanon's sovereignty, unity and independence and still occupies Lebanese territories," the source said. Last Mod: 13 Haziran 2007, 19:32
Add Comment