A senior diplomat said that "The Syrians said that a visit at this time was inopportune," 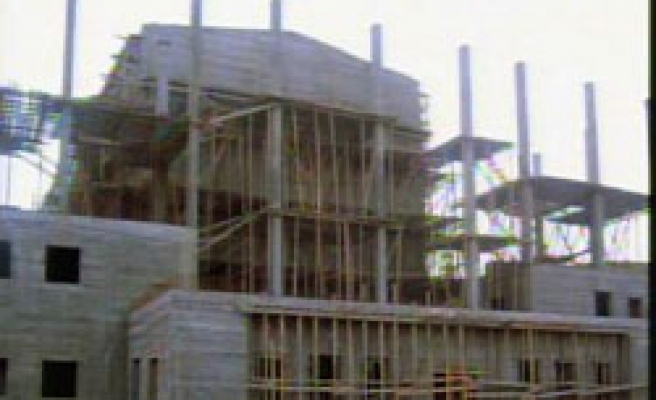 Syria has blocked a new visit by International Atomic Energy Agency experts seeking to follow up on intelligence that Damascus built a secret nuclear program built with the help of North Korea, diplomats told The Associated Press on Saturday.

The diplomats also said Washington was circulating a note among members of the IAEA board opposing a Syrian push for a seat on the 35-nation board. The board normally works by consensus and a seat held by Damascus could thus hamper any investigation into its alleged nuclear activities.

Syria rejected the IAEA request for a visit late last month, the diplomats said. The visit would have been a follow up to an initial trip by IAEA inspectors in June.

"The Syrians said that a visit at this time was inopportune," said a senior diplomat, who, like two others agreeing to discuss the issue, demanded anonymity because their information was confidential.

That appeared to leave open the possibility of a later visit. But one of the other diplomats said members of the Syrian mission to the IAEA were spreading the word among other missions.

If so, that could cripple international efforts to probe U.S. claims that a site in a remote part of the Syrian desert, which Israel destroyed last year, was a near-finished plutonium-producing reactor built with North Korean help, and that Damascus continues to hide linked facilities.

IAEA experts came back June 25 from a four-day visit, carrying environmental samples from the Al Kibar site hit by Israel in September. Those are now being evaluated.

But the results might fall short of providing a conclusive results.

A traditional method at suspected nuclear sites — taking swipes in the search for radioactive traces — was unlikely to have been of use at Al Kibar. That's because none had been introduced into the alleged reactor before it was struck by Israel, according to intelligence given to the agency by the U.S., Israel and a third country the diplomats declined to identify.

So, the inspectors also looked for minute quantities of graphite, which is used as a cooling element in the type of North Korean prototype that was allegedly being built with help from Pyongyang. Such a reactor contains hundreds of tons of graphite, and any major explosion would have sent dust over the immediate area.

Asharq al-Awsat said that more broadly, IAEA experts had hoped to use a follow-up visit to put questions to Syrian officials based on the intelligence available to them outlining years of extensive cooperation between the Syrians and teams of visiting North Korean nuclear officials.

But the diplomats said Syria was strenuously denying any concerted North Korean presence in the country — despite U.S. intelligence alleging that the building bombed was reactor of the type only built by the communist state.