Syrian Foreign Minister Walid al-Moallem said Friday that Syria has informed the UN Security Council that it will not to deal with the international tribunal to prosecute suspects in the assassination of Lebanon's former Prime Minister Rafiq Hariri. 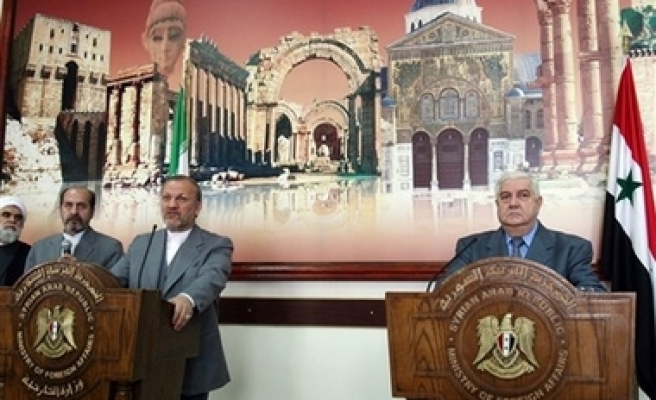 Syrian Foreign Minister Walid al-Moallem said Friday that Syria has informed the UN Security Council that it will not to deal with the international tribunal to prosecute suspects in the assassination of Lebanon's former Prime Minister Rafiq Hariri.

'We have informed the UN Security Council that we would not cooperate with the tribunal,' al-Moallem told reporters at a joint conference with his Iranian counterpart Manochehr Mottaki at Damascus airport.

He said Syria has repeatedly announced that this issue concerns only the Lebanese 'and Syria would not abandon its sovereignty.'

Yet, he added, Syria would continue its support to all what the Lebanese might agree on.

Al-Moallem said the UN resolution to establish the tribunal was an 'interference in Lebanon's sovereignty.

'We hoped that the council would not be hasty (in issuing the resolution,) and we believed that it would have been better for late Hariri had there been a criminal court that has a Lebanese consensus and the support of the international community.'

Mottaki, on his part, said the solution for the Lebanese crisis is 'in Lebanon alone.'

He said Iran is studying the results of the recent meeting held in Baghdad between the Iranian and US ambassadors, adding that 'if we feel that the US has a will to change its policy in Iraq, we would agree on it...and we might study an outlet for her to go out of its impasse.'

He stressed that Iran might play a role in ending the Iraqi crisis 'as the lack of security, stability and occupation are the reasons of all troubles in Iraq.'

Mottaki said his country and Syria oppose the use of power in the region and call for the departure of all forces from the region.

'Syria and Iran seek security in the region through political solutions. We are not war-launching amateurs,' al-Moallem said.

He added that Mottaki's talks in Damascus covered regional and international developments 'especially to face the next events in our region and to stymie what is being plotted against us of hegemonic projects.'