Syria sets May 27 referendum on Assad

Syria's parliament has unanimously nominated Bashar al-Assad, the country’s president, for a second term and set May 27 as the date for a referendum which many dissidents have condemned as undemocratic. 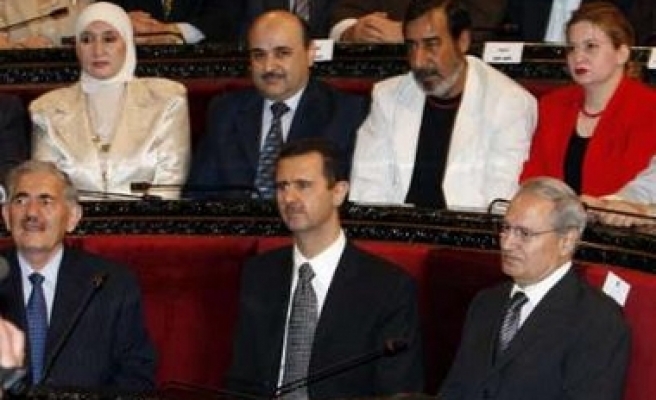 Syria's parliament has unanimously nominated Bashar al-Assad, the country’s president, for a second term and set May 27 as the date for a referendum which many dissidents have condemned as undemocratic.

The referendum marks another step in a process that all but guarantees al-Assad's hold on power for another seven years.

Mahmoud al-Abrash, parliament’s speaker, told the chamber: "The Council of the People approves the Arab Socialist Baath Party nomination of comrade in arms Bashar al-Assad for a second constitutional term and submits the decision to the citizens to vote on".

No opposition parties are allowed in Syria and al-Assad was the only candidate.

Syrian dissidents, scores of whom have been jailed over the past year, described parliament's session as a rubberstamp.

The 41-year president won 97.29 per cent of the vote in the first referendum in 2000, when he succeeded his late father, Hafez al-Assad.

A new parliament with no opposition was elected in a tightly controlled poll last month.

Haitham al-Maleh, a leading lawyer who spent years in jail under Hafez al-Assad, said: "Having only one candidate sends a message to the population that we're adopting heredity rule and not a republican system."

The president stressed in a speech to parliament on Thursday the need to preserve national cohesion and said the United States was seeking to undermine Syria.

Syria has been ruled by the Baath since it took power in a coup in 1963 and immediately imposed emergency law.

Al-Assad has kept the political system he inherited from his father largely intact and maintained firm control on power while slowly opening the economy after decades of state control.
Last Mod: 11 Mayıs 2007, 21:17
Add Comment