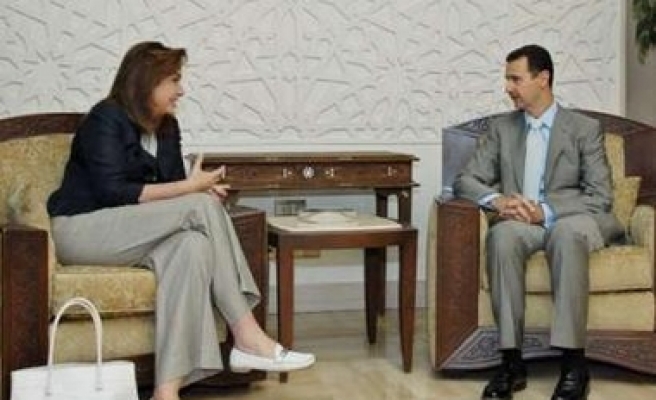 SANA said that Assad and Bakoyannis discussed the future of bilateral tiess and ways of enhancing these relations on all levels.

Assad expressed Syria’s support for the ‘political process’ and the necessity to achieve stability and security of Iraq and ensure its territorial unity, SANA said.

Both Assad and Bakoyannis agreed on the necessity of ‘joint efforts and increasing cooperation among states of the region with the EU to find fair solutions’ for crisis in the Middle East, SANA added.

Bakoyannis is expected to travel to Beirut late Tuesday for talks with Lebanese officials and leaders on the current political stalemate in the country.