Chinese-made toothpaste tainted with a potentially poisonous chemical was distributed to more places in the United States than initially thought, the New York Times reported on Thursday. 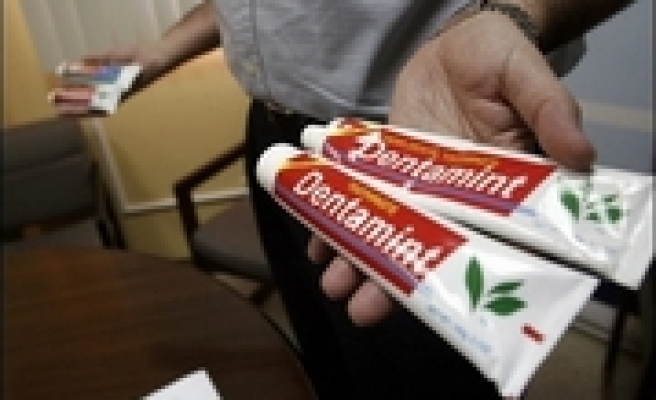 About 900,000 tubes of toothpaste containing diethylene glycol, an ingredient in antifreeze, were distributed to hospitals for the mentally ill, prisons, juvenile detention centers and some hospitals serving the general population, the Times said.

Initial reports said the tainted toothpaste was most likely to be found in discount shops.

Officials in Georgia and North Carolina were replacing the toothpaste with products made outside China, according to the report. Hospitals in South Carolina and Florida also reported receiving Chinese-made toothpaste, it said.

Drug distributor McKesson Corp. was recalling its EverFRESH brand after finding trace amounts of the chemical, the Times said, adding that McKesson could not immediately determine any customers had bought the product.

A spokesman for McKesson was not available.