Chiang Pin-kung, Taiwan's incoming top China negotiator, headed Thursday to China for a four-day visit that was expected to facilitate the launch of weekend cross-strait charter flights in July. 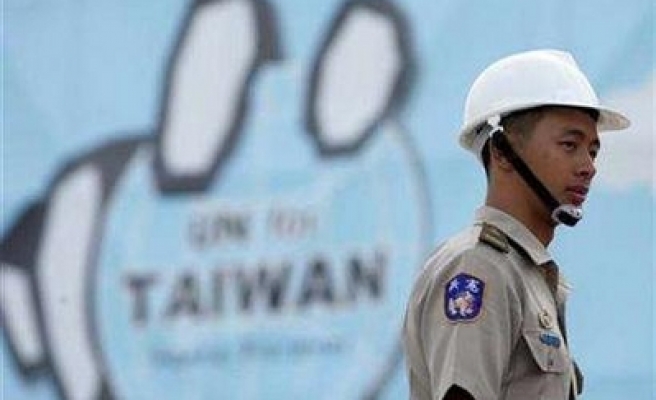 Chiang - a vice chairman of the Nationalist Party, or Kuomintang (KMT), who was nominated by president-elect Ma Ying-jeou to head the government-funded Straits Exchange Foundation - was expected to meet Chinese officials and Taiwan business leaders during his stays in Shanghai, Xiamen, Shenzhen and Donguan.

But Chiang, whose foundation represents the government in dealing with China in the absence of official ties, declined to say whether he would discuss the charter flights and other exchange issues with Chinese officials.

He played down his visit, saying it was just a trip to meet China-based Taiwan businessmen.

"It is to thank them for their support of Mr Ma during the presidential election," he said before leaving Taiwan. Chiang acknowledged that cross-strait exchanges and developments would be a focus in his meeting with the businessmen in China.

Ma, who won the March 22 presidential election as the candidate of the China-friendly KMT, has vowed to engage China and improve ties strained over the past eight year under the pro-independence Democratic Progressive Party (DPP) government.

Ma has promised to launch weekend charter flights across the Taiwan Strait and open the island for Chinese tourists as part of his plan to engage China and improve Taiwan's economy.

Under his timetable, he wants such flights to begin July 4, shortly after he is inaugurated as president on May 20. To meet the schedule, KMT officials said negotiations with China ahead of the inauguration were needed.

Taiwan currently bans direct links and flights with China - which sees Taiwan as a wayward Chinese province that must be brought back into its fold, if necessary by force - but the ban was expected to be largely relaxed after Ma assumes the presidency.

Taiwan news media reported that another mission by Chiang during his visit was to help arrange for a meeting between KMT Chairman Wu Poh-hsiung and Chinese President Hu Jintao.

Lien Chan, a former KMT chairman, made a historic visit to China in 2005 and met Hu at that time.