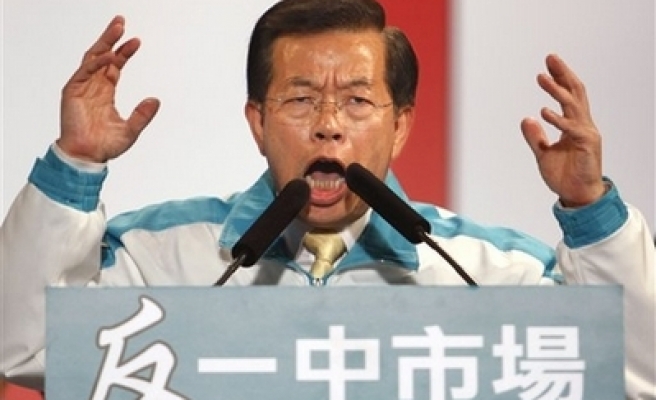 "We offer our sincere apologies to him and his family," said Hsieh in a campaign rally in Taipei, five days ahead of Saturday's presidential election.

The late father of the Nationalist Party or Kuomintang (KMT) opponent Ma Ying-jeou was insulted by a Hsieh supporter during a DPP campaign rally in the central city of Taichung on Sunday.

In an attempt to taint the image of the KMT frontrunner known for his clean image, Chuang Kuo-jung - a chief aide of Education Minister Tu Cheng-sheng - alleged during the rally that Ma's father had had affairs with various women.

Chuang, who was invited to speak at the rally by Hsieh's camp, later claimed he obtained the information from a tabloid magazine and refused to apologize.

Hsieh on Monday said he was opposed to negative campaigning and verbal attacks against Ma and his family, while the DPP government immediately accepted the resignation by Chuang, who resigned under considerable pressure.