Taiwan has decided to proceed with a referendum on rejoining the United Nations despite warnings from the US not to stoke tensions with China. 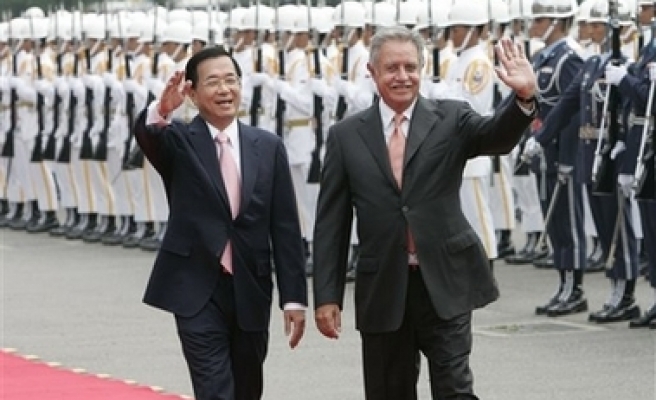 Taiwan has decided to proceed with a referendum on rejoining the United Nations despite warnings from the US not to stoke tensions with China.

The ruling party has begun preparations for the referendum on whether to apply for UN membership as "Taiwan" after previous attempts to join the world body as the "Republic of China" failed.

China fiercely opposes the move, seeing it as a step towards formalising Taiwan's de facto independence.

But Taiwan's move is largely symbolic.

Even if the referendum passed, the application for membership would still need General Assembly approval and the Security Council's recommendation, which is unlikely given China's seat on the council.

Taiwan was expelled from the UN in 1971 when its seat was transferred to the Beijing-based Chinese government.

David Lee, a spokesman for Taiwan's president, said on Wednesday that the first stage had started and "we have already begun collecting the signatures".

One million signatures are needed to get the issue on the ballot in one of the island's two forthcoming elections. Last Mod: 20 Haziran 2007, 10:03
Add Comment