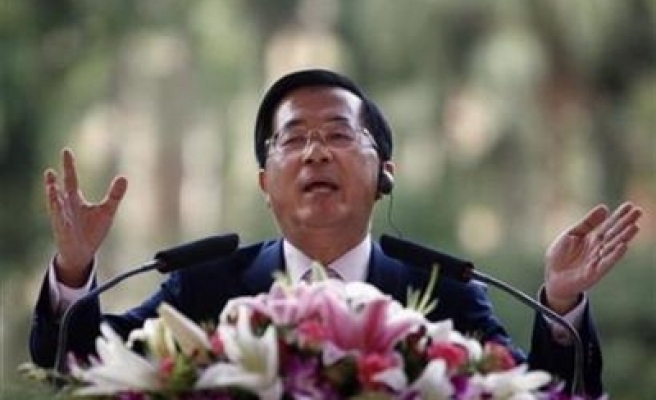 Taiwan's president, stung by the rejection of a referendum on U.N. membership that angered China and other major powers, is taking a last stab at swaying world opinion to get a seat on the body, a senior official said.

The referendum asked whether Taiwan should apply to enter the U.N. under the name "Taiwan".

"Even though this referendum didn't pass, Taiwan still wants to get in," Joseph Wu, Taiwan's top envoy to the United States, told Reuters by phone. "Taiwan is a bit afraid that China will distort this into saying we have no urge to join.

"This, I think, isn't right," Wu said. "So we here have told the relevant personnel to spread the word."

The diplomatic foray could be Chen's last after almost eight years in office, Wu said.

Chen is an anti-China firebrand who often upset Beijing and irritated Taiwan's strongest ally, the United States. On May 20, the opposition Nationalist Party's Ma Ying-jeou takes over as president.

China has claimed self-ruled Taiwan as its territory since the end of the Chinese civil war in 1949. It has never renounced the use of force to bring the island under its control and has repeatedly blocked Taiwan's attempts to join the United Nations.

Taiwan lost its U.N. seat, which it had held under its legal name, the Republic of China, to Beijing in 1971.

China welcomed the rejection of a referendum, Taiwanese media reported. The United States, Russia and Britain had also criticised the referendum.