Tajiks may use Lake Sarez reserves to solve water shortages

Tajik President said that preliminary estimates made by Tajik specialists indicate that the lake contains enough water to meet the needs of 40 million people living in Central Asia "for a long time". 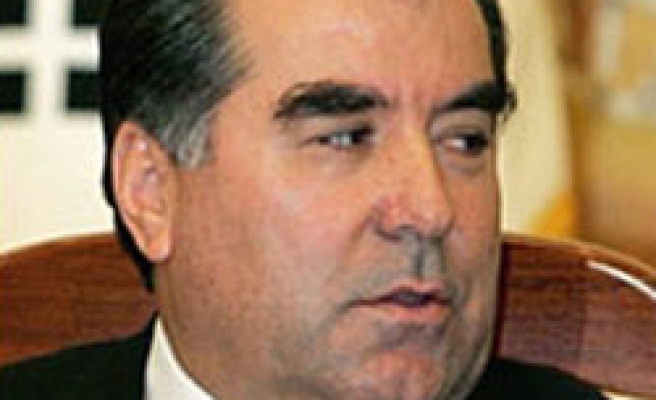 According to Itar Tass news agency Tajik President Emomali Rakhmon said using water from Lake Sarez in the Pamir could provide a solution to the shortage of drinking water in the region.

"The global development trends indicate that the cost of water in the foreseeable future will exceed the cost of oil and gas. The current shortage of water in the region shows how precious this natural resource is," the president said at a recent international conference on natural calamity risk mitigation.

He stressed the need to create an international consortium with the U.N. support in order to work out and implement projects aimed at mitigating risks related to Lake Sarez and bring water to people.

Preliminary estimates made by Tajik specialists indicate that the lake contains enough water to meet the needs of 40 million people living in Central Asia "for a long time", Rakhmon said.

Lake Sarez, deep in the Pamir mountains of Tajikistan, was created 90 years ago when a strong earthquake triggered a massive landslide that, in turn, became a huge dam along the Murghob River, now called the Usoi Dam. The resulting lake is perched above surrounding drainages at an elevation greater than 3,000 metres, and is part of the watershed that drains the towering Akademii Nauk Range. The lake is 61 kilometres long and as deep as 500 metres, and holds an estimated 17 cubic kilometres of water.

Until recently, very little information about the lake and its precarious situation had passed beyond the borders of Tajikistan and the territory of the former Soviet Union.

The goal of the project is to reduce vulnerability to natural disasters in the valleys of the Bartang and Panj Rivers. The geographic area to be assisted includes the Bartang River Valley and the Panj River Valley from the point of the confluence of the Bartang and Panj Rivers down the Valley to the area where the Panj River flows out from the mountains, near the town of Moskovsky. To the extent feasible within time and funding constraints, the project will facilitate outburst flood preparedness in the Panj Valley beyond Moskovsky towards the Uzbek border.

Rakhmon also drew the attention of the participants to the development of the republic's enormous hydropower generation capabilities. "No project in the field of hydropower development in Tajikistan is detrimental to the interests of our neighbours in the region," the president said.
Last Mod: 22 Temmuz 2008, 13:02
Add Comment