Iraqi President condemned the attack on Iraqi Turkmen Front and said that all ethnic groups in Kirkuk should learn to live together in peace, it added. 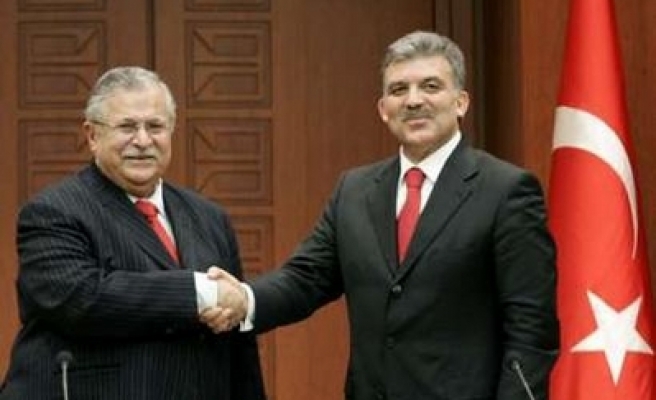 Iraqi President Jalal Talabani called Turkish President Abdullah Gul on the phone on Tuesday and condemned the terrorist attack that killed 17 and wounded scores in a double bombing in Istanbul, Turkish president's press office said in a statement on Tuesday.

Talabani offered his condolences to Gul and families of victims, the statement said.

It also said that Talabani informed Gul about Monday's suicide bombing at a protest rally in the northern Iraqi city of Kirkuk that killed 23 Iraqis.

In the aftermath of the bombing, protestors attacked an Iraqi Turkmen Front office and clashes broke out between protesters and guards protecting the office.

Talabani gave information about clashes and told Gul that peace was restored thanks to measures taken in the city, the statement said.

Iraqi President condemned the attack on Iraqi Turkmen Front and said that all ethnic groups in Kirkuk should learn to live together in peace, it added.

The statement said Turkish President Gul thanked Talabani and expressed his condolences over the deaths of Iraqis killed in suicide bombing in Kirkuk.

Gul said the terrorist attack aimed to stir up the Iraqi people and underscored the importance of utmost attention on the matter, it said.