'We want to establish strategic relations including oil, the economy, trade, culture and politics,' said Talabani. 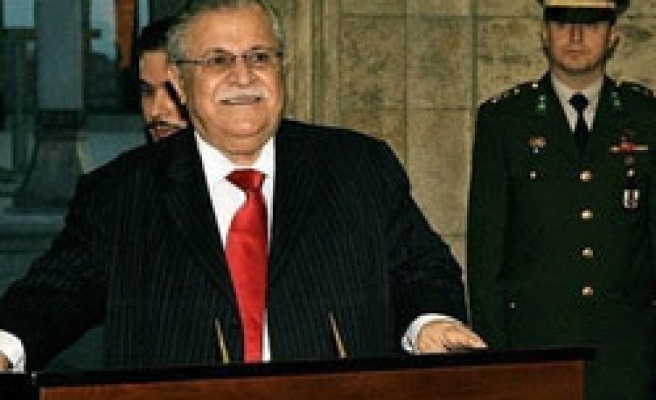 Iraq President Jalal Talabani said on Saturday Iraq was keen to boost economic and political ties with Turkey a week after Ankara ended an army offensive against PKK terorists in northern Iraq.

The PKK issue and Turkey's fears that Kurds in northern Iraq aim to create their own state have strained relations between the two countries. Talabani aimed to defuse some of those tensions.

FIRST VISIT TO TURKEY AS PRESIDENT

"We want to establish strategic relations in every area including oil, the economy, trade, culture and politics," Talabani told a meeting with Turkish business leaders on his first visit to Turkey as head of state.

Talabani also called on Turkish companies to invest in Iraq on the second day of his visit to Ankara.

"We are ready to make it easy for you (to invest) in all regions including the country's south, Baghdad and Northern Iraq," he said.

Talabani, a Kurd, said on Friday he had called on the government of Iraq's Kurdish autonomous region to pressure the PKK to give up their weapons or leave the region.

On Feb. 21, the military launched a large-scale ground incursion, sending thousands of troops into the remote Zap Valley against the PKK. Turkey's General Staff says 240 rebels were killed in the campaign.

Prime Minister Tayyip Erdogan was scheduled to host a lunch for Talabani at his official residence on Saturday.