Imam Talal Eid from Quincy became yesterday the first Muslim cleric appointed to the US Commission on International Religious Freedom. 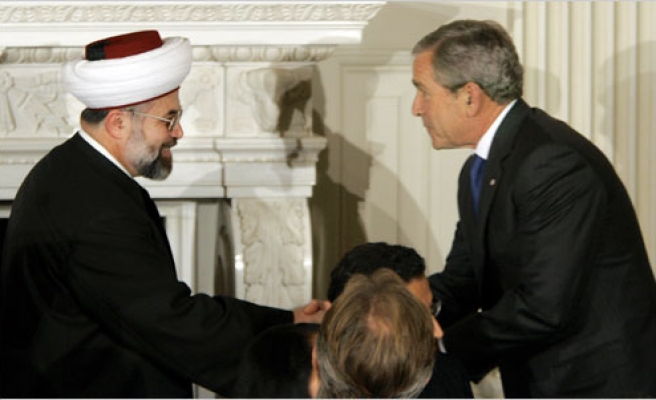 An imam from Quincy became yesterday the first Muslim cleric appointed to the US Commission on International Religious Freedom.

The Bush administration chose Imam Talal Eid, 55, to serve an unpaid, two-year term at the independent, bipartisan agency, which monitors religious freedom in countries around the world and recommends policies to the president, State Department, and Congress. He will serve on a part-time basis and be one of nine commissioners.

A Muslim has served on the commission since Congress created it in 1998. Eid is the first cleric to serve.

"This is recognition not just for Muslims, but for religious Muslims," Eid said in a telephone interview yesterday.

"As a Muslim born in Lebanon, it means great trust, especially today, [when] people look at Muslims as terrorists or backward."

Eid served as the spiritual director of the Islamic Center of New England in Quincy between 1982 and 2005, when he resigned after differences with the center's board of directors.

The father of seven, who in 2005 received a doctorate in theological studies from Harvard Divinity School, works as a marriage and family counselor, lecturer, and chaplain at Massachusetts General Hospital and Brandeis University.

In recent years, he has gained a national profile. He has traveled with State Department officials, and in 2005 and 2006, the White House invited him to its annual Ramadan dinner.

"I had the chance to communicate with President Bush, and there was enough time for him to know about my personality," Eid said. Last Mod: 16 Mayıs 2007, 23:22
Add Comment