The Taliban has extended the deadline for a deal to be reached for the release of a kidnapped French aid worker in Afghanistan. 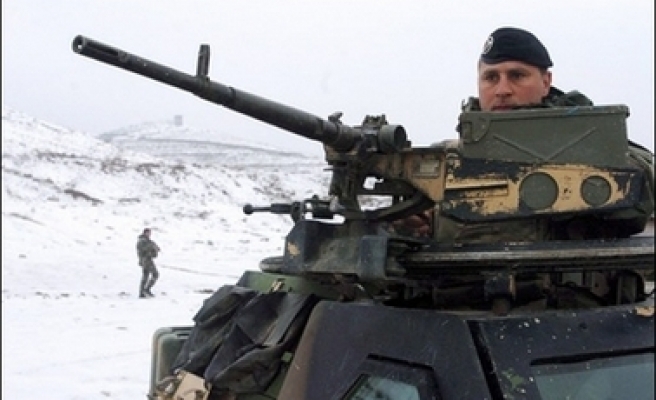 The Taliban has extended the deadline for a deal to be reached for the release of a kidnapped French aid worker in Afghanistan.

A spokesman said on Monday the decision was a gesture to allow the country's new president, Nicolas Sarkozy, to deal with domestic issues first.

The deadline to negotiate the release Eric Damfreville and three Afghans from Terre d'Enfance, an agency helping children in southern Afghanistan was extended for the second time after the Taliban initially postponed it until after Sunday's presidential vote in France.

"Since it is a new government, that has to pick its cabinet and deal with the problems it has [at home], we give them more time about this," Zabihullah Mujahid, a spokesman for the movement, said from an undisclosed location.
"We expect them to get in touch with us."

The Taliban has demanded the withdrawal of France's 1,100 or so troops from Afghanistan and the release of more of their members from Afghan jails.

Mujahid said the captives would be released if at least one demand was met.
Prison attack

Meanwhile, the Taliban also claimed on Monday that one of its fighters was behind an attack that left two US soldiers dead on the eastern outskirts of Kabul.

Mullah Hayatallah Khan, a Taliban commander, said that one of its fighters infiltrated the high-security Pul-i-Charkhi prison disguised as an Afghan soldier.

"A large number of our Taliban mujahid [holy warriors] have infiltrated the US-puppet Afghan government to find good targets," he said.

The US military said the attack was carried out by a rogue Afghan soldier who shot at vehicles leaving the prison before being shot by other Afghan soldiers.

The dead soldiers were military trainers working with Afghans at the prison, which is being upgraded by US forces to house suspected Taliban prisoners being returned from US custody in Afghanistan and Guantanamo in Cuba.

Sheldon Smith, a spokesman for the US military spokesman, said: "We're helping build the facility and we're helping to train the guard force,"

The first 12 US-held Taliban members were returned to the Afghan authorities last month, to be held in a newly refurbished wing.

The Pul-i-Charkhi prison has been notorious since the 1970s when a communist regime threw large numbers of military rivals, clergy and other political prisoners into the jail, with executions held daily.

Since 2001, Taliban prisoners captured by Afghan forces have staged at least two revolts at the prison and several have escaped.

In other violence, a rocket hit a street in Kabul on Monday, killing a man and wounding five others including a boy, while a roadside bomb in the east killed a policeman, officials said. Last Mod: 07 Mayıs 2007, 15:51
Add Comment