Al-Qaeda chief Osama bin Laden is alive and well, according to Taliban leader, Hajji Mansour Dadullah, the brother of Taliban commander Mullah Dadullah who was killed by NATO forces in May in the southern Afghan province of Helmand. 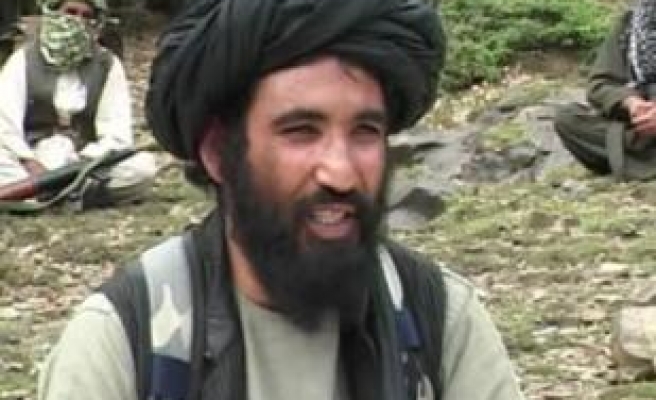 Al-Qaeda chief Osama bin Laden is alive and well, according to Taliban leader, Hajji Mansour Dadullah, the brother of Taliban commander Mullah Dadullah who was killed by NATO forces in May in the southern Afghan province of Helmand.

In an interview with Arabic television channel Al Jazeera, Dadullah said that bin Laden gives them "military instructions". Since his brother's death, Dadullah has taken over as military commander of the Taliban.

"Bin Laden sent me a letter of condolence on the occasion of the death of my brother, Mullah Dadullah," said the Taliban leader in his first television interview. He said that bin Laden is "alive and active."

"He has fully taken on his role and the proof that he is alive in in the signed letter that he sent me on the death of my brother," said Dadullah. "He advised me to continue on the path that was established by Mullah Dadullah and asked that all Muslims do this because my brother was a mujahid," he said.

The Afghan interior ministry had said that Hajji Mansour Dadullah was dead but he decided to present himself publically used the media to launch his message.

Al Jazeera asked the Taliban leader why for many years bin Laden had not appeared in any video message. "He is involved in only military tactics," he said. "Sheikh Osama prefers not be be seen because he believes it is dangerous to appear in the media," he said. "His presence among Muslims in for us an honour and we do not want to lose him," said Dadullah.

"Because of this even I have asked him not to show himself and to remain hidden to continue to give use instructions in a way that al-Qaeda can remain active in Afghanistan and continue to be active also in the rest of the world," Dadullah told Al Jazeera.

Hajji Mansour Dadullah is believed to be one of the five Taliban leaders who were released from Afghan prisones in exchange for the life of the Italian journalist Daniele Mastrogiacomo who was kidnapped by the Taliban earlier this year. Last Mod: 05 Haziran 2007, 18:54
Add Comment