Taliban: Stay away military places and 6 killed on boat

About 60 fleeing Taliban fighters were confirmed dead after their boat sank in S. Afghanistan, the defence ministry said Sunday as the NATO force announced another of its soldiers had died. 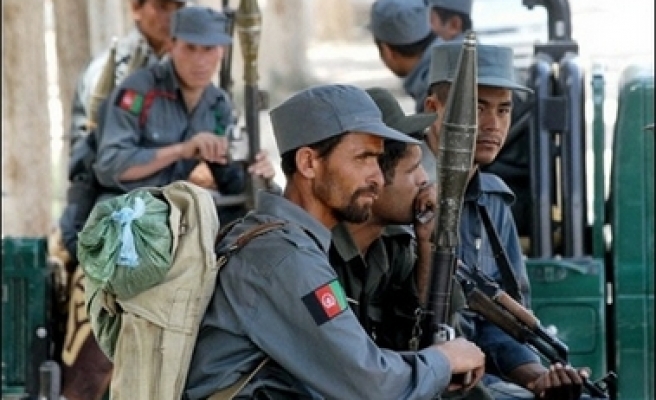 About 60 fleeing Taliban fighters were confirmed dead after their boat sank in southern
Afghanistan, the defence ministry said Sunday as the NATO force announced another of its soldiers had died.

The 60 Taliban were fleeing one of the new military campaigns on Friday when their makeshift boat sank in the Helmand River, defence ministry spokesman General Mohammad Zahir Azimi told reporters.

He said Friday that the military had "observed from the air that Taliban got on board the boat" which sank.

"According to reports we received, all of them onboard were Taliban and were killed," he announced Sunday. "They were running from our troops to safe places across the river."

"Keep away from military places"

A spokesman for the Taliban called on Afghans Sunday to keep clear of foreign military bases and convoys, warning of new attacks on troops.

"We call on Afghans to stay away from foreign forces because a big (Taliban) operation is due to be launched. This will include ambushes, suicide attacks and roadside explosions," Zabihullah Mujahed said.

"If any civilian gets hurt, it'll be their responsibility," he told AFP by telephone from an unknown location.

On Saturday Taliban killed one of the foreign troops and an Afghan interpreter, the alliance said.

The attack was in the northeast province of Nuristan, a regional official said.

Seven other foreign troops were wounded, ISAF said in a statement Sunday that did not give the nationalities of the soldiers.

The latest death takes to 75 the number of foreign soldiers killed in Afghanistan this year and about half of them US nationals.

A policeman was killed and five others were injured in the same province on Sunday in roadside bombings, the spokesman said. The Taliban claimed responsibility.