Tamil Tiger rebels launched a major attack on a military gun position in northern Sri Lanka, killing at least one soldier and wounding more than 15, the military said Sunday. 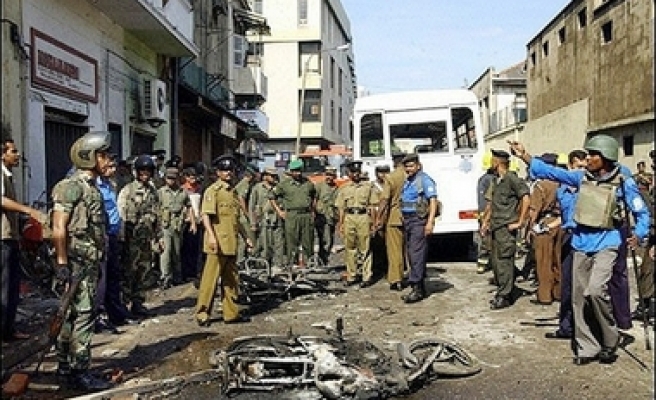 Tamil Tiger rebels launched a major attack on a military gun position in northern Sri Lanka, killing at least one soldier and wounding more than 15, the military said Sunday.

Heavy shelling was heard on Saturday night in Pampaimadu in the district of Vavuniya, which borders the rebel-held Wanni region, residents and officials said.

The defence ministry said that the LTTE attack had been repulsed using mortars and artillery and a search operation was underway in the area on Sunday.

"The army retaliated with mortar and artillery fire targeting LTTE artillery and mortar positions and reports confirm that heavy casualties were sustained by the LTTE," the defence ministry said in a statement.

It placed military casualties at one soldier killed and seven wounded. However, official sources said they feared military losses were higher and that at least 15 soldiers had been taken to hospital.

The pro-rebel Puthinam.com website said the Tigers had killed eight soldiers and wounded about 10.

Two soldiers wounded in the clash were brought to the main hospital in Vavuniya, 256 kilometres (160 miles) north of here, while many more were flown by helicopter to a bigger health facility at Anuradhapura, further south.

Earlier Saturday, three rebels were shot dead by security forces in a separate confrontation along the de facto border separating rebel-held territory from the rest of the country, officials said.

The latest night-time clash in the north erupted hours after the air force bombed suspected Tamil Tiger positions in the island's east.

Fighter aircraft bombed the jungles of Thoppigala in the eastern district of Batticaloa on Saturday morning, the defence ministry said. It gave no further details.

Government troops and Tamil rebels have been locked in combat following the breakdown of a 2002 Norwegian-arranged truce.

The conflict has killed more than 5,000 people in the past 18 months.