The waves that were caused by the impact of the crash, flooded basements of three mansions with water. 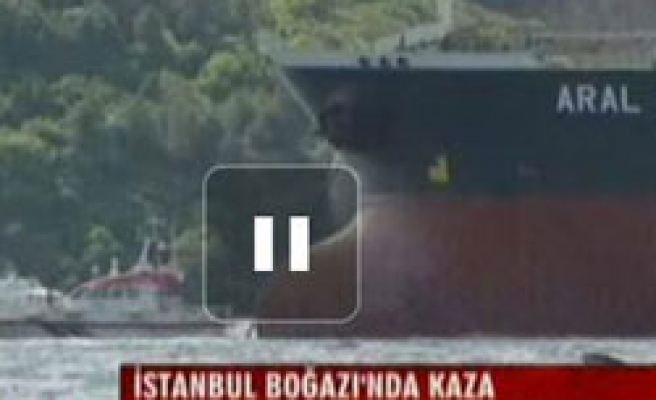 A ship tanker named "Aral Sea" of Singaporean registry crashed into the shore in Sariyer district of Istanbul.

The waves that were caused by the impact of the crash, flooded basements of three mansions with water.

When the 244-meter ship of 58,000 gross tons hit the shore, it hurled a motorcycle parked along the road, to an height of 7m.

A Singapore-flagged tanker has hit the shore in the Istanbul Strait due to a rudder problem.

On Saturday Turkish Coast Guard officials said that the tanker which was on its way to the Black Sea, went adrift in the strait after a problem in its rudder, and hit the shore near a park in Sariyer district, causing damage in the park. Also, three mansions were inundated by waves after the accident.

Tugboats were sent to pull the 244-meter tanker which was heading from Malta to Batumi city of Georgia.

The Istanbul Strait was closed to the sea traffic after the accident.

The 30-kilometer Istanbul Strait is a waterway bisecting the city.