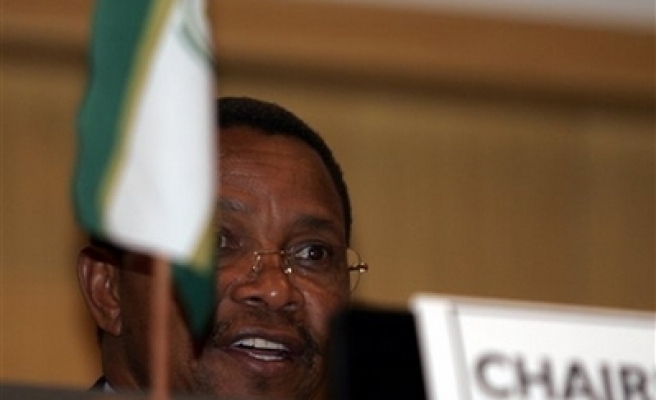 "In his letter, Chenge said that in addition to allegations made against him, the love for his country and party had forced him to step aside," the statement said.

Local media said he was being investigated after more than $1 million was found in an offshore account believed to be linked to a controversial 2002 radar deal between the government and British defence contractor BAE Systems.

Local media said Chenge, who was attorney general at the time, denied any wrongdoing. Critics of the deal said the radar system was expensive, obsolete and unnecessary for Tanzania -- one of the poorest countries in the world.

Prime Minister Edward Lowassa resigned on Feb. 7 in connection with a parliamentary probe into a 2006 contract with a U.S.-based company for emergency power generation.

Lowassa said he had been denied an opportunity to defend himself before the committee investigating that deal.

Kikwete replaced his central bank governor, Daudi Ballali, in January after an audit found that more than $100 million had been paid out irregularly to 22 firms in 2005.