Terim: We have shown to the world Turkish team

Turkish trainer Terim said it is important to fight until the last minute. 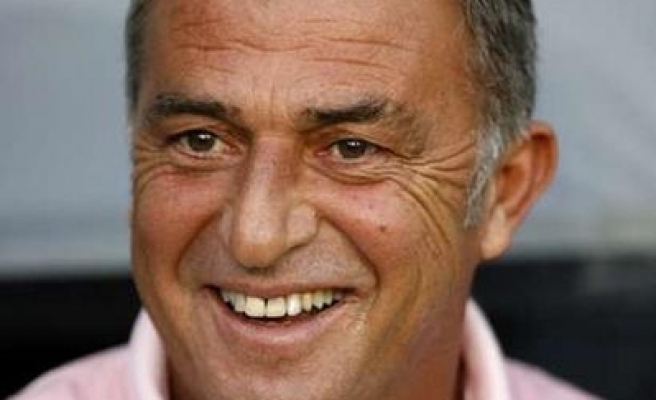 Turkey coach Fatih Terim said the semi-final match between Turkey and Germany in Euro 2008 would be the meeting of giants.

"We have shown to the world that Turkish team is a great team," Terim told reporters after their victory over Croatia on penalties in Friday's quarter-final match.

"We have shown everybody that you should not give up until the end. It is really important to fight until the very last minute, until the referee blows the final whistle," he said.

Turkey will play a semi-final match in European Football Championship for the first time in their history.

"I am very happy," Terim said. "But it is quite normal that my Croat colleague Bilic and his squad collapsed after our shocking goal. I think that mood had a great impact in our victory (at the penalty shootout)."

"This certainly is not going to be easy to forget. Not only will we not forget this, this will haunt me for the rest of my life," he said. "But we did not deserve to be eliminated despite all."

Erdogan congratulated Turkish squad at the locker room after the game.

"I never lost my hope. I knew Semih would score the goal as he touched the ball," Erdogan said. "I am proud of the team. I will be with the team at semi-final match too."